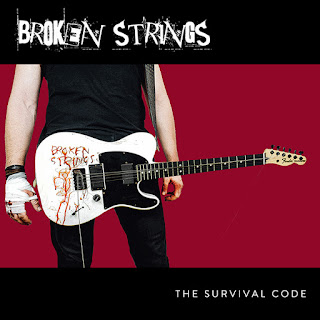 This trio from London, England was founded back in 2011 and has released their newest EP that has three songs of powerful modern hard rock. They previously released the full length MMXV in 2015 and a four song EP back in 2012.

First song “Broken Strings” have a tight, heavy sound that has an infectious sound that gets your head nodding and your blood pumping and makes you want to bang your head furiously and shout along with the band. A great first song to start this EP and it made it very difficult to stop playing it over and over again. “One” keeps the high energy going, but just down a notch from the first song. The song is every bit as crunchy and had as the previous and is actually a bit more melodic, but will still kick your ass. “Lost Cause” is a slower song, but not a slow song, no ballad here kids, instead you get a song that has feeling and emotion, but doesn’t get wimpy. The song has a bite to it and thick playing that will get you rocking and gives a nice finish to this all too short EP.

The band really does a great job showing us the ability that they have to write and perform songs that will stand out from the pack and get your ears to a happy place. I am looking forward to hearing a complete album from them in the future and will be looking for their previous releases.