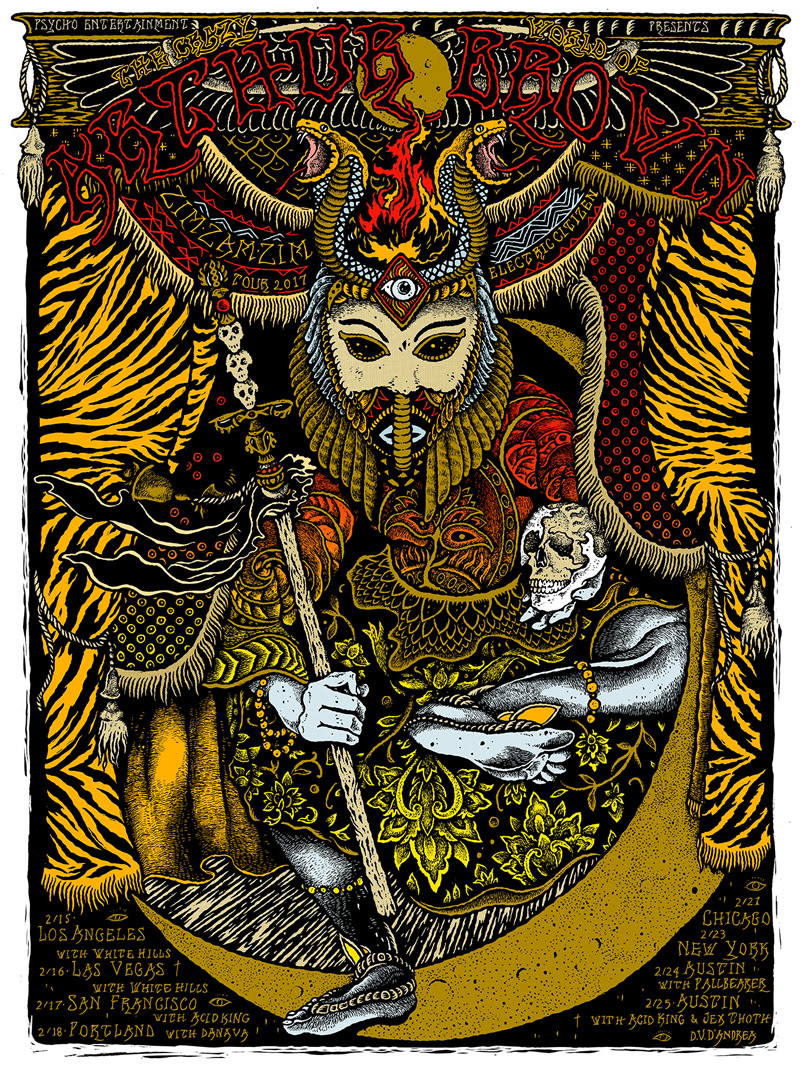 In just a few short weeks, influential UK heavy psychedelic progressive eccentrics THE CRAZY WORLD OF ARTHUR BROWN will kick off their 2017 Zim Zam Zim tour. Marking their first run of live performances since 1969, the band's monumental trek will commence on February 15th in Los Angeles and end on February 25th in Austin.

Zim Zam Zim takes its name from THE CRAZY WORLD OF ARTHUR BROWN's latest album, released in 2014 on Bronze Rat Records. They'll be joined on this landmark trip by Ohio rockers Electric Citizen, and shows will feature generational sonic offspring like White Hills, Acid King, Pallbearer, Danava, and Jex Thoth. Arthur Brown -- The God Of Hellfire -- will be celebrating fifty years since releasing the debut single "Devil's Grip," which helped shape the British and worldwide psychedelic movement. Pushing theatrics to their dystopian hellscape limits would earn Brown acolytes in everyone from David Bowie and Alice Cooper to Kiss, Marilyn Manson, and Lady Gaga to the entire genre of black metal. His influence continues to spread today.

"The last time I toured the US with THE CRAZY WORLD was early 1969," Brown confirms. "It was our third tour there. At the time, the band had been headlining massive festivals, alongside Hendrix, Frank Zappa, Jefferson Airplane, and other top attractions of the time. Iggy Pop and Alice Cooper were still only mildly famous, somewhere down the bill."