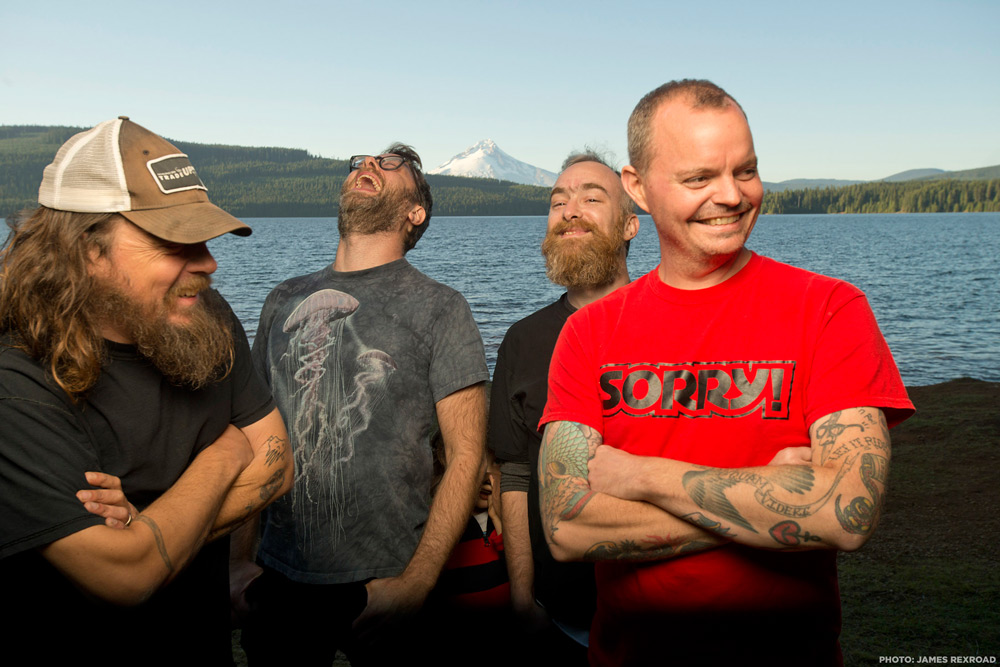 Portland rockers Red Fang have announced a new round of U.S. headlining tour dates in support of their recently released album, Only Ghosts. Big Jesus will provide opening support on select dates. All confirmed tour dates below. 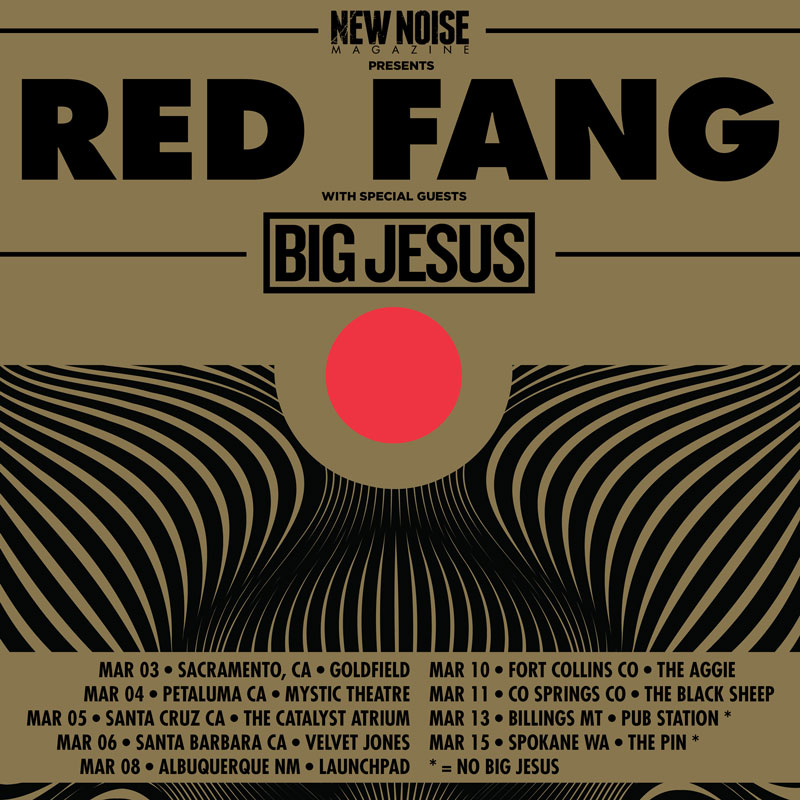 * No Big Jesus
The Portland–based rock band worked with producer Ross Robinson (At The Drive-In, The Cure, Slipknot) and mixer Joe Barresi (Queens of the Stone Age, Tool, Melvins) on the 10-song album. “We wanted to leave Portland so we could be a little more immersed in the process, instead of having to think about going to get groceries and stuff,” explained Aaron Beam in a recent Revolver interview of working at Ross Robinson’s Venice, Calif. studio.

In the week’s leading up to Only Ghosts’ release, the Portland-based rock band have also created a tremendously clever video about wronged comic book collectors seeking Predator-style vengeance (“Shadows”: https://youtu.be/cnhCxVy5pfs), partnered with Stumptown Coffee Roasters for a tour only blend dubbed “The Deep” after the song of the same name and lent their music to Pabst Blue Ribbon’s retro pinball machine, The Can Crusher. The band recently held a "Shadows" inspired Coloring Book contest sponsored with Indie Merch Store and New Noise Magazine. View all entries at http://redfang.net/coloringbook.

Nerdist dubbed Only Ghosts a “supremely excellent new album” while Metal Sucks offered, “…with Only Ghosts, they’ve delivered their freshest set of jams yet. On this new album, Red Fang are executing their songwriting at a deadly precision: their melodies are hookier, their compositions perfectly tweaked, their dual-throaty-vocal layers reaching an artful tier not really seen in the genre since Blood Mountain.”

Only Ghosts is available now (www.redfang.bandcamp.com), as are physical bundles:http://bit.ly/only-ghosts.