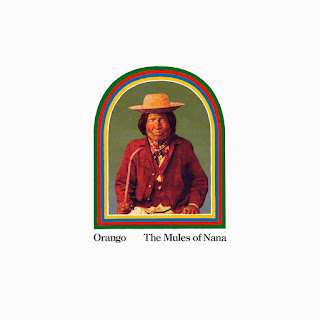 Not often does a band come along out of nowhere and leave you wondering where the hell have these guy’s been all my life. In the case of today’s feature, Orango have been tucked away in Oslo, Norway since their formation way back in 1999. The band has been developing their classic rock tendencies going on two decades and we are just now finding out about them. Orango demonstrate their craft in the traditional sense highlighted with a 3 part vocal harmony that is capable of putting Crosby, Stills and Nash on the chopping block as much as they are an obvious inspiration. With a band of this apparent caliber I find it mandatory to concur the discography in the form of scooping up the vinyl records available, which is exactly what I did. First coming on my radar by a trusted colleague’s recommendation in the heavy underground, the early albums made their way to bandcamp and they linked up the vinyl option via the esteemed Stickman Records webstore. It only took a couple songs from their various albums and youtube videos for me to add them all to my cart. You can listen to and order on vinyl, CD and digital format on bandcamp here. 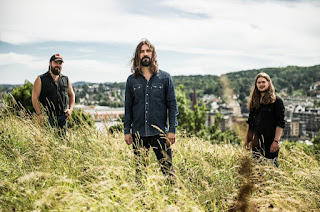 The Mules of Nana immediately caught my ear with the release of the teaser track ‘Heirs’ linked below, which will surely go down as one of the most impressive individual tracks of the year.  The single, in conjunction with the discovery and hasty infatuation of their back catalog, made for high expectation upon my pre-order dreamed out in late December 2016. Upon the full release on January 13, 2017, those expectations were shattered, and Mules catapulted itself with undeniable fortitude to become my favorite album of the year thus far. Not a day goes by that I don’t yearn to drop the needle on the 180gram thing of beauty. Each and every piece of wax in my collection by Orango bleeds of passion and glory. From the theme of the colored label on side A and black label side B, heavy gatefold print, and the double sided full history lesson and storyline documenting the backstory of ‘The Mules of Nana’ from a historical concept, Orango in conjunction with the label have knocked it out of the park. 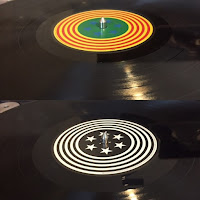 Orango are a modern band demonstrating a traditional compositional take on classic rock with a southern rock swagger morphed with heavy blues affinities and weighted with prestigious vocal harmony at the forefront. Nostalgia infused blues licks chatter with intricately melodic groove and rhythm of the rock gods. Throughout the bands journey to their current state you’ll hear elements of folk, rock, blues, and southern rock with an obsessive vocal range that’ll drop you to your knees. Mules incorporate a healthy donation of Hammond organ filling in all the right places on the songs Heirs and Train Keeps on Rollin’ and bits and pieces of lap steel, tambourine find their way into the mix jingled throughout. The twangy fuzz strums smoothly into howling solos and beneath hearty vocals taking you on a time warp to 1975.

Play this album for your dad, use it to teach your kids about rock music, and let it ring in the background during family gatherings in an effort to prove to the non-believers that rock n roll is alive and well. I swear, if there is anything not to like about this band, and this new album specifically, it’s the fact that people might discount it because the band name is not as familiar as Iron Maiden or Deep Purple. Not an ounce of unlikable material throughout hours on end of vinyl ecstasy.

Orango is a one in a million band discovery that begs for a mandatory vinyl treatment of the entire discography. Every single album is astonishing, timeless, and the kind of music that you cannot possibly deny no matter what you are into. The Mules of Nana may be their latest and most powerful release, but don’t sell yourself short, as the band will cement themselves into your own personal hall of fame in no time. Seriously, these guys are as good as it gets. If you’re unsure take a peek at a couple videos embedded below and head on over to bandcamp to listen to the full album. You can order everything right there on vinyl if your ambition matches that of a true addict. 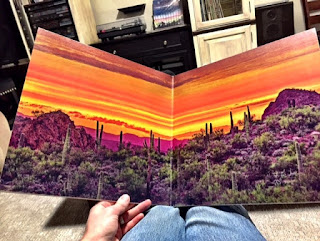