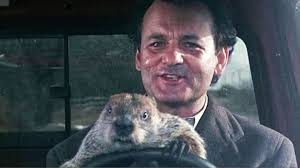 “Okay campers, rise and shine, and don't forget your booties cause its cold out there...its cold out there every day.” You wake up, check the feed and its déjà vu in that you are smothered with another batch of amazing albums that seem to be never ending. In the spirit of timing I thought it fitting to use the calendar as this should be going live right around Groundhog Day. However, over here in Bandcamp the twist is the albums are different each day, but the feeling of rapture and invigoration of waking up to another adventure in music remains.

Torgeir Waldemar – No Offending Borders
Frontman of the hailed heavy psychedelic blues band The Devil and the Almighty Blues (and other bands in the Norwegion scene), who released a monster debut album in 2015 has just released his new solo album which is a big step aside from his heavy project. Although the album isn’t ‘heavy’ in terms of volume or distortion the weight reveals itself in emotional inspired acoustic folk rock ballads ranging from Neil Youngesque harmonies to Dylan at his heaviest. No Offending Borders may very well be growing into one of my favorite albums of the year in the category of alternative choices in the heavy underground.

Vertical – Vertical
The Spaniards are at it again trying to compete with the heavy superstar regions in Europe like Sweden and Greece. Vertical bring a high energy set of rockers resembling somewhat of a blend of 90’s rock, modern stoner blues and altogether groove infused vortex of riffs. Name your price and add this to your collection now. Vertical shoots straight to the horizon of bandcamp paraphernalia bringing both weight and value. Look at those killer colors on the cover. I likey!!

Switch Opens – Joint Clash
I’m recommending this one for a couple reasons. 1) The band and album rock hard 2) It’s a relatively new addition to bandcamp of an old album that deserves to be heard and 3) Transubstan Records out of Sweden is doing the lords work. I remember digging this album when it came out prior to bandcamp and now that it’s available here, its worthy of a nod. 90% of the albums Transubstan has on their roster are worthy of your time. So this is word to check out the entire catalog.

Ordos – House of the Dead
Another new band on the up and up is Ordos based in Uppsala, Sweden. Yes  Sweden, I know, its getting a bit out of control right? But in a good way. Ordos takes the usual Swedish retro rock and adds a healthy dollup of dark, doomy bliss with a combination of gnarled vocals and desert euphoria.

"I'll give you a winter prediction: It's gonna be cold, it's gonna be grey, and it's gonna last you for the rest of your life." In bandcamp terms, substitute cold and grey with rock and roll and you get where I’m coming from. We’ve got ourselves a genuine case of Groundhog Day, and its god damn glorious!!!

Thanks so much for your support!! We did our best with this EP! Hope you enjoyed it!