Source - Return To Nothing 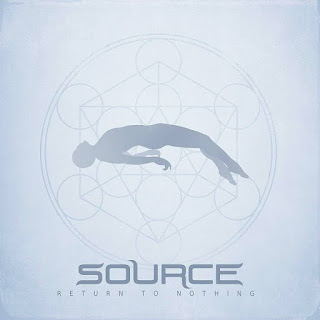 What's going on waveriders?  Today I want to quickly touch on a band whose music hearkens back to albums I spent a great deal of time listening to in the late 1990s and early 2000s.  The albums I am referring to go by the titles Undertow, Aenima, and Lateralus.  Yes my friends, I am an entrenched fan of the band Tool and I miss them.  Therefore my ears seriously perked up when I came across the band Source and their new album Return To Nothing.

While this band does have their own musical identity there is no denying how much Tool has influenced their sound.  The bass is front and center in the mix with the guitar primarily serving to add muscle and atmosphere.  Propulsive drumming anchors every composition while predominantly clean vocals soar over hook filled choruses.  All of the songs purposely stretch their legs over predetermined twists and turns which lead back to each track's central theme. 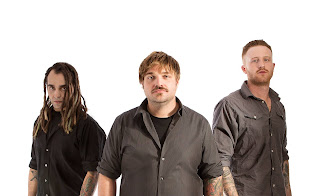 Speaking of stretching one's legs this album uses up every available second of recordable space.  The CD version contains ten songs (the last song is a bonus track) which together have a running length of one hour and twenty minutes.  This is fantastic news for those looking to luxuriate inside the welcoming embrace of Source's mighty progressive metal.  That said I can't recommend these eight to eleven minute tunes to someone looking for a quick fix.  Basically as long as you know what kind of listening experience you're getting yourself into you'll be fine!

Well waveriders I think that just about covers it.  If like me you are still enamored with the sound associated with the band Tool I strongly recommend Source and their new album Return To Nothing.  On the other hand if you don't really care for Tool then I recommend Return To Nothing as a fine example of progressive metal which does not fall into the category of pointless technical exercises.  Take a listen and see if you agree.