ROZAMOV Issues Artwork And Trailer For This Mortal Road Album Due In March Through Battleground Records And Dullest Records; Preorders Posted 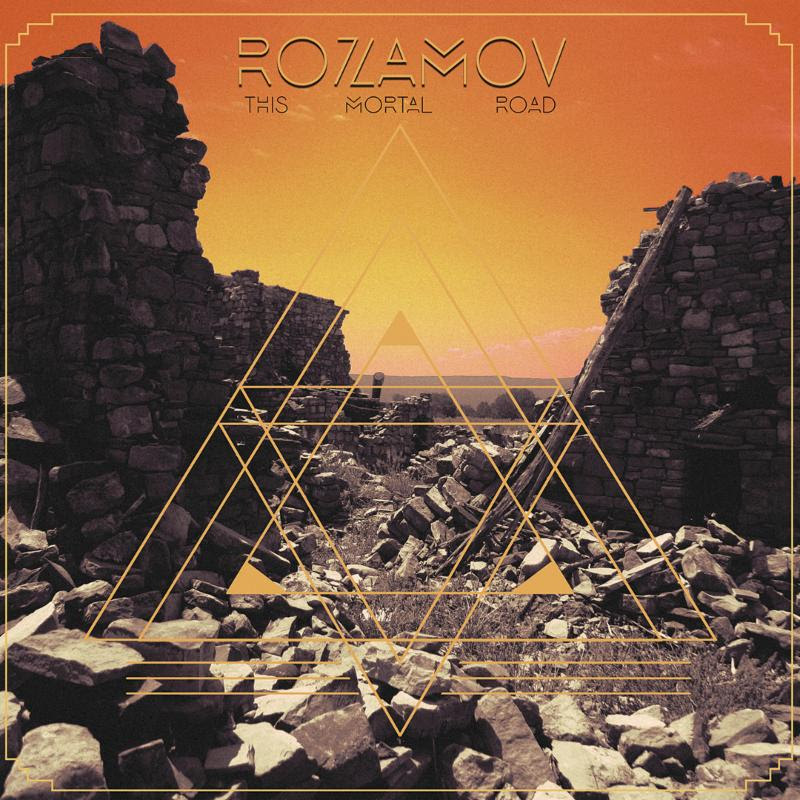 Boston-based ROZAMOV has issued the details and a brief trailer for their upcoming debut full-length, This Mortal Road, which is set for co-release through Battleground Records and Dullest Records in March.

With five monolithic passages consuming over forty minutes of textured, melody-laced doom metal, This Mortal Road presents a sonic catharsis featuring the longest, heaviest, and most progressive tracks ROZAMOV has ever created. The crushing production was recorded and mixed by Jon Taft at New Alliance Audio, and mastered by Nick Z at New Alliance East Mastering, the album finalized with photography by Andrew Weiss and layout by Matt Martinez. The cover art, track listing, and a brief trailer for This Mortal Road, featuring a clip of audio, have been issued.

This Mortal Road will see release March 3rd on vinyl through Battleground Records, on CD and cassette through Dullest Records, and digitally through the band. Digital preorders are posted HERE, and physical preorders at Battleground HERE and Dullest HERE.

Stand by for additional audio samples, an official video, and more to be released in the coming weeks. ROZAMOV will announce their US tour dates in support of the album in the coming days as well.

Since 2011, ROZAMOV has left their mark on the US metal circuit with their infectious psyche-tinged grueling doom, having opened for countless national acts, touring regions of the country, and much more, in addition to releasing two independent EPs - 2012's Rozamov and 2013's Of Gods And Flesh. A busy 2015 included performances at Psycho California, Converse Rubber Tracks Live alongside Slayer and Doomriders, a Converse feature on the back cover of Decibel Magazine, a tour with Destroy Judas, and the release of a split 7" with Deathkings. Amidst the bleak and historic winter of 2014-15, the recording lineup of ROZAMOV including Tom Corino (bass/vocals/noise guitar), Matt Iacovelli, (guitar/vocals/piano), and Will Hendrix (drums) entered New Alliance Audio in Cambridge to record This Mortal Road. Since its recording the band's new live lineup is completed with Iacovelli on guitar and vocals, Corino on bass and vocals, and Jeff Landry on drums.