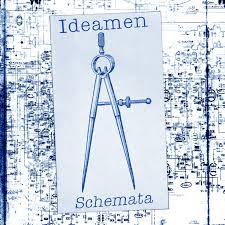 A little history for you waveriders.  I grew up under the kind tutelage of classic rock and oldies thanks to my parents musical preferences.  Similar to many others I began to push against those constraints during my teenage years.  That said, it was not until I was attending college that I was drawn to a new school of music which has guided me to this day.  Yes my friends, I initially dabbled and then enrolled full time in the School Of Patton.

Perhaps I'm mistaken but I have a sneaking suspicion that a few of you reading this right now might share my passion for Mike Patton's varied musical projects.  Hearing the man's multi-faceted performances complimenting incredibly diverse tunes was truly eye-opening.  My personal favorite album Patton sings on, and the one which I identify with the most musically, is Mr. Bungle's California.  Therefore whenever I come across a band or artist who was clearly influenced by Mike Patton/Mr. Bungle my interest is piqued immediately.  Enter Ideamen and their latest release Schemata.

Now before we go any further I know what you're going to say.  "For crying out loud Penfold, that album came out in 2014!"  That is true.  "If you didn't tell us about this album until 2017 then you must not like it!"  That is not true.  To be completely honest I failed to write a review because I wanted to come up with a highly entertaining story idea to complement the manner in which I would be lauding this album, and well...that never happened.  My apologies.  Back to the business at hand! 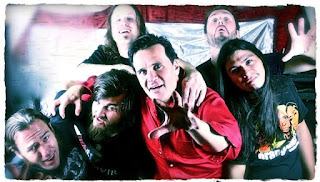 Ideamen put their own spin on the sound I associate with Mr. Bungle.  For starters there are two lead vocalists.  One is directly comparable to Mike Patton while the other sounds similar to Daron Malakian of System Of A Down fame.  The combination works fantastically well!  Outside of the vocalists the music Ideamen make is more focused than the outright zaniness of Mr. Bungle.  While a wide variety of genres shape the bands compositions, everything reliably fits into a solid metal frame that will inevitably get your head banging.

Whenever I listen to this album it strikes me that every element fits together seamlessly.  The instrumentation complements the vocals perfectly.  The vocals reinforce and draw attention to the instrumental melodies that arrest the listener's attention.  While the keyboard/synthesizer reliably drives those melodies the guitar work adds the necessary muscle, crunch, and flair.  Also, and I struggle to explain this, the songs of Schemata simply scream 'sci-fi' to my ears.  It just so happens that I'm a fan of 'sci-fi' entertainment so that adds another level to my enjoyment.

Look waveriders.  I admit that I should have told you about this album a long time ago.  My failure is borderline unforgivable.  All I can do is try to make up for lost time and vigorously recommend you check out Ideamen and their marvelous album Schemata.  The silver lining here is that once you become a fan like me, you won't have to wait long for new material.  Updates on their facebook page indicate a new album will hopefully see the light of day soon.  That's stupendous news!  Now get to listening!