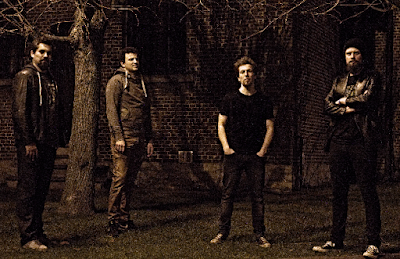 Ripple Music is thrilled to welcome Fire Down Below,to it's growing roster of the best of the modern heavy bands.

Hailing from Ghent (BE), Fire Down Below is a fearsome foursome, formed in 2015. An amp-hugging, hard-hitting, fuzz-loving, ear-splitting, riff-worshipping gang of rock 'n rollers, Fire Down Below, unleashed their debut album "Viper Vixen Goddess Saint." Recorded and mixed by Tim De Gieter at Much Luv Studio (Eleanora, Brutus, Every Stranger Looks Like You, Gloria Boateng, BARST) and mastered to gritty perfection by Brad Boatright at Audiosiege in Portland, USA (Sleep, Yob, Pentagram, SUNN O))), Windhand, Black Tusk, Your Highness), the 7 tracks on Viper Vixen Goddess Saint immediately caught worldwide attention and shot right to the top of many year end "Best of Lists".  Reviewers praised the boys for their unique sound, an exceptional blend of fuzzed-out stoner, heavy psych and 90’s grunge with added elements of spacerock and doom, while still focused on melody and powerful vocal performances.

Fire Down Below now join forces with Ripple Music, one of the world's leading purveyors of heavy psych, stoner and doom, to re-release "Viper Vixen Goddess Saint" world-wide, as well as their to be recorded follow-up album.   Expect "Viper Vixen Goddess Saint" to be available around the world on limited vinyl, CD and digital come June 2017 with their sophomore releases slated for early 2018.

"We're so excited to be working with Ripple Music," said the band.  "They've long been the dominant force in the heavy underground, with a killer roster.  Can't wait to be a part of that family."

California-based Ripple Music is one of the world's leading record labels for heavy rock, heavy psych, stoner and doom.  Ripple Music is distributed world-wide by MVD Distributors, as well as H'art, Plastichead, Borders, Suburban and more.  All releases are available on the Ripple Website and Ripple Music Bandcamp.  Check out www.ripple-music.com for more info and news. 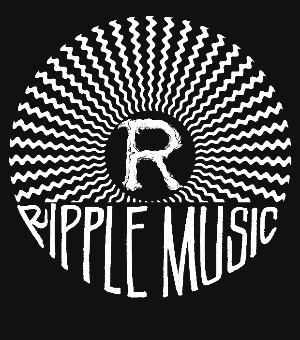