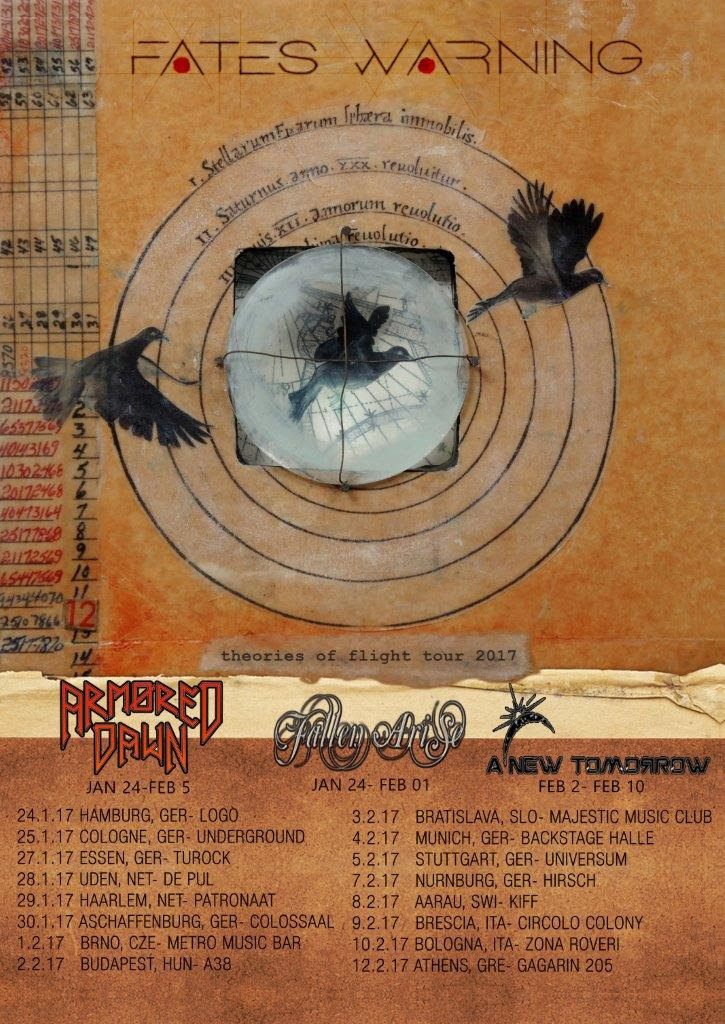 U.S. Progressive Metal pioneers FATES WARNING return to Europe at long last next week to start their first European headlining tour in support of the much praised "Theories Of Flight" album. "T.o.F." was released in July of last year and ranked high in year-end polls across all media, including #1 in Greece's Metal Hammer.

FATES WARNING will also appear at several European festivals in the summer.
Here are the first events confirmed so far:

Next to the standard CD and Digital Download, "Theories Of Flight" is also available as limited Mediabook 2CD (with 6 acoustic bonus tracks) and as Gatefold 2LP (with full standard album on CD and the 6 acoustic tracks as bonus on Side D!). All physical are available from the IOM webshop here: http://smarturl.it/theoriesINOstore