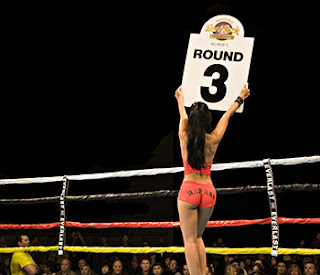 Boy, what a great start to the year we’ve witnesses already. Round 3 already in the third week of the year, I’m actually doing okay. On today’s feature I’m recommending a good mix of albums some new and some old, but mostly new in the grand scheme. Enjoy, I’m not going to ramble on too much.

Spacegoat – Superstition
I’ve grown to accept the fact that woman rock just as hard as men despite the age old stigma that surrounds the heavy rock scene.  Spacegoat is proof that we don’t need to differentiate woman or men as singers rather we need to just listen to the music regardless of sexual orientation. It either rocks or it doesn’t. In Spacegoats case it fucking rocks!!
Very well executed modern hard rock with psychedelic doomy fuzz aplenty. The vocals are serene, the riffs gallop with classic rock poise and the groove is insatiable. This is excellent, totally blindsided. Haven't fell this hard for a band of this caliber since Ruby the Hatchet.

Heat – Day In, Day Out –Single
I was never into singles, but in the case of bandcamp occasionally you get a treat of a couple songs designated as a single and serve as prelude to a larger work in process. Optimally they are offered on an actual 7-inch vinyl option as in Heat’s case. Heat’s latest 2-song single is enough to have me drop the coin on a full length without hesitation if it were available. The retro blues licks are smoking hot, layered with crunchy guitars gritty vocals, and groovy rhythm. One of the better singles out recently. Really dig this band.

Highlights Rock – Shine On
One of the strongest 70’s vibes I’ve gotten all year. It’s got strong southern melodies reminiscing of all the greats of the 70’s. Seriously push play on this to transport back to when the good times rolled with the windows rolled down, radio turned up, no seatbelts, and no worries. Super catchy classic rock textures for fans of Thin Lizzy Allman Brothers, Marshall Tucker Band, Zeppelin, Gingerpig, Gin Lady, etc.....

No Man’s Valley – Time Travel
This one was released earlier in 2016 and although I remember seeing it popping up on recommendations threads I never took the time to listen. That is, until earlier this week. Wow, was I digging it.
Man, I gotta agree with Mubla Na on this one. Glad I finally found them here on bandcamp. Intoxicating journey through moody blues, dreamy psych, and progressive rock. The vocals range from deep swagger of Jim Morrison to yearning cries of Glen Danzig set to the beat of a heavy blues ballad reminiscent of All Them Witches.

Scuzzy Yeti – Scuzzy Yeti
One of the more recent finds in camp are Scuzzy Yeti. They sound like their band name suggests. This is steeped in Proto-blues, and basted with bong water low and slow in a gristled serving of hard and heavy vintage rock and roll. Get vibes similar to an Alabama Thunderpussy meets Grand Magus with a big ol’ nod to the stoner/doom scene of today. Vocals are barbarically soothing.

Lecherous Gaze – Zeta Reticuli Blues
I finally pulled the trigger and got what appeared to be the last LP offered on Lecherous Gaze previous album’s bandcamp. It was enough to pre-order the brand new album coming out in February on Tee Pee Records. This is some intense heavy, trippy blues rock folks. Very unique and the more you listen the deeper into the nectar you slide.
Okay I'll admit I must not have given these guys the attention they deserve. This is some mesmerizing heavy psychedelic jam rock with wicked vocals. They've got a brand new one coming on in February 2017 via Tee Pee Records that's gone straight to the top of my to do list!

Once again, we are continuing on the wave pool of riffs, bringing you the raddest of the ripples. There are plenty more to come. Stay tuned and keep glued to the feed.