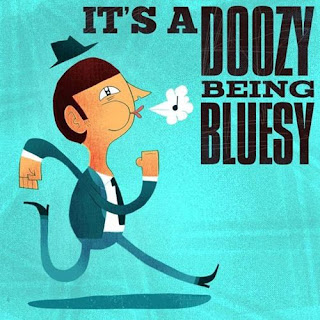 Hope you all had a happy holiday season. With the coming of the New Year, most folk’s best of the year lists have been submitted and studied over by the readers and we now begin the trek of uncovering albums in the coming year. 2017 has just begun is already showing great potential in the heavy rock scene. Check out these bad boys which surfaced recently into 2017 camp. Note a few were late in the month of December, but I’m gonna go ahead and call them okay for this article.

Carnaval – Miss Universe
This is my first taste of Carnaval and I'm super impressed. It's got a little bit of everything. Heavy, fuzzy grunge soaked guitar riffs, noise driven melodies, psychedelic leaning atmosphere, and an overall hard hitting groove. I hate making the reference but think of a more hairy, gritty QOTSA. Take note on that riff orchestra on 'Bluebird'. Wow! Favorite track: Bluebird.

Black Prism – Black Prism
After releasing a 7-inch single a couple years ago it’s been relatively quiet in Black Prism headquarters, but wait no more. Their debut full length album is out and it’s a rager.
With the relentless rise of Sabbath Worship in today's heavy underground scene the jadedness has already set its hook. Black Prism swap Sabbath with Prism utilizing an Ozzy-esque tone to annihilate the stage riffing with a bit more a hard-edged stoner swagger as compared to the classic Sabbath fuzz. Sabbath influence is a given here, but Black Prism are an easy pick out of a modern Sabbath Worship lineup and guilty on all counts of rocking the fuck out.

Book of Wyrms – Sci-Fi/Fantasy
Twin Earth Records latest monument came up for grabs on New Year’s Day and is a mammoth of an album. It may be the heaviest album to come from Twin Earth in quite some time.
Moments of skull crushing riffs hammer with rhythmic bliss matched by angelic vocal tones. The psychedelic meanderings peak with doom laden bass lines, serrated guitar chords, and ravishing vocal hymns. However just as impressive as the vocals are the instruments. The guitar riffs are righteous!

Stone Cream – Slaves of Doom
After blowing everyone's mind in early December 2016, Stone Cream is back with another full length album. This is smoking hot. The riffs remain slathered in vicious blues and the vocals stench of whiskey and bacon. More stone than cream, but an invigorating listen either way. Perfect rock and roll album length with high volume, foot stomping groove, and bar room stoner blues.

The Smoking Bones – Moods
The Smoking Bones are a smoking combination of groove laced rock and roll steeped with a healthy bag of classic punk. High on energy and catchy as all hell, Moods slays us with party anthem riffs and hot melodies that'll stick like resin on a bong stem.

Electric Age – Sleep of the Silent King
This album is blowing me away right now. Nice break from the typical stoner rock. This is groove oriented heavy southern metal with killer vocals and epic arrangements. Woah. The NOLA/Southern tags apply but does not do this stuff justice. Out this year on Argonauta Records. This is straight up ROCK!

Its 2 days into the New Year and the material is pouring through the gates promising to be another smashing year in bandcamp. If you haven’t signed up for a fan or band account yet, I am strongly suggesting you join forces with the rest of us who’ve found a home here. Round one bonanza for 2017 and it’s a doozy!!