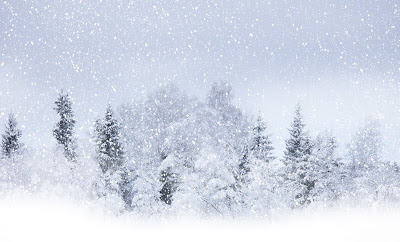 While out west we are getting pounded by massive amounts of snow, here in the mystical land of bandcamp we are getting dumped on by a blizzard of riffs and grooves. Take a gander at another smoking round of bonanza picks by yours truly. Record snowfall in January out west equals record riffs on the Richter scale in bandcamp land.

Pulgasari – Bang, Bang (My Baby Shot me Down)
We all love a good cover, and when a retro hard rock band covers a classic by Sonny Bono our interest is piqued. Pulgasari nail it on the title track making it sound their own and giving it an invigorating makeover utilizing their potent skills of heavy retro blues.
An absolutely scorching pair of tunes rich with somber tones, dynamic riffs and solos drowned in heavy blues. Vocally, Pulgasari shine with a paralyzing delivery both sensuous and spooky. Fantastic prelude to a hopeful album engrossed with retro Swedish texture while simultaneously bursting with a sultry outlaw swagger

Topplock – Boogie Till You Barf
While we’re at it might as well share another smashing 2-song single. First I’ve heard of this band and an instant vinyl seek and destroy on my end. This promises to be another outstanding effort in the Swedish retro scene. Keep your eyes on this band. This serves as prelude to their upcoming debut full length album called ‘Overlord’ which is available on vinyl for pre-order at numerous locations. I found on Amazon.
The Swedes are back at it drinking their holy water. It's obviously spiked with retro groove, heavy bluesy riffs and soul-soaked power vocals. They just keep drinking it and continue to set the bar for heavy stoner blues rock. Immediate google search led me to preorder of their debut full length on vinyl due out in February 2017. Another one bites the dust.

Lord Vapour – Through the Doors of Kukundo
Lord Vapour are back with a brand new track that will rock your world. While their haled LP released last year is undergoing the final vinyl treatment due out for release this spring, the band has already got a new LP in the works. If this track is anything to go by we can expect great things for album number 2.
Through the Doors of Kukundu you will find a super bluesy number, overgrown by eminent fuzz, strangled by psychotic solos, and reeking of Rawk and mother fucking Roll! Can't wait for the next album. 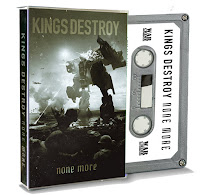 While the digital are not available at this time, I was sent a copy by the band and must tell you the kings have destroyed the airwaves once again in stylish fashion. The band went total old school this time around with a DIY approach and have offered the EP up on limited cassette tape including sticker and patch (score) via bandcamp. I had to bite as I own virtually everything this band releases. The EP is relatively short, but within those 14 minutes the heavy yearning riffs, accompanied by throaty stoner drenched vocals awakens the inner rebel child. It’s a concept album about whatever you interpret to be as I am not one to tell you what to think other than it rocks the fuck out. Hurry up cause at this time there are very few copies of the tape left, which come with the unlimited streaming and download in classic bandcamp fashion as soon as the band decides to go live with it. I am assuming it’s when the tapes are shipped out.
https://kingsdestroy.bandcamp.com/album/none-more

Diana Spencer Grave Explosion – 0
This one was discovered via another bands ‘recommendations’ link on their bandcamp page. At the moment I’m struggling to remember the band that recommended this band probably due to bandcamp overload, but either way, this is one cool ass little release I highly recommend checking out.
Dreamy riffs floating in atmospheric texture numbing the mind and creating a sense of euphoric chaos. The spine tingling groove transitions seamlessly into angst ridden passages swirling with psychedelic solos of the highest caliber. Prepare to lose track of time and space.

Blood Mist – Blood Mist
Last but not least I bring you a new band on my radar called Blood Mist. We were sent the promo copy which passed the test hiding within all the extreme death/black metal promos we get throttled with on a daily basis. Out via Grimoire Records based in Baltimore, MD and specializing in black, death, doom, stoner, thrash-metal, math/noise and post-rock bands based in the mid-Atlantic area. Blood Mist delivers in the stoner doom sector of the labels roster.  I instantly fell in love with this upcoming album and recommend you check this out as it is surely going down as one of the underdogs. Act now to get in early on a not to miss gem being released on February 10, 2017 on CD for a measly $7. That’s equivalent to a coffee and a Danish only these riffs are unlimited in supply both via your unlimited bandcamp app and in physical form to jam in your car on the way to the office.
Monstrous stoner riffs meet gargantuan metallic groove with vocals spewing violent Danzig tones as the rhythm devours with intensity. There's no escaping the Blood Mist. This is rad!