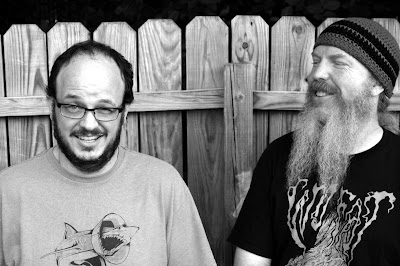 People in Texas are fond of saying that “everything is bigger in Texas.”  While I can neither confirm nor deny that, I will say that there is some big, big music news coming out of Texas.  Stone Machine Electric has partnered up with the Kampen, Netherlands label Off The Record for a live album release.
If you are unfamiliar with Stone Machine Electric please allow me to enlighten you.  The main thing that you need to know is that S.M.E. is likely the best band that you’ve never heard of.  If you find that hard to believe then by all means check out their 2016 self-release titled Sollicitus Es Veritatem.  If that does not convince you that you are listening to the best band you’ve never heard of then you have my permission to stop reading now. 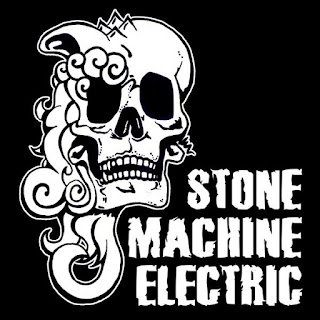 S.M.E. was formed in 2009 by Mark Kitchens and William “Dub” Irvin and they have released two studio albums, two live albums (not including the upcoming release) and one album that was “improvised live” in Kitchen’s garage.  Technically, I suppose one could make the argument that that makes three live albums, but who’s counting?  After dabbling as a three piece with a couple of different bassists they ultimately decided to forge their sound as a two piece.  Dub ably handles the axe work, while Mr. Kitchens deftly mans the drum kit.  They both share vocal responsibilities. Their sound can be best described as heavy psychedelic doom and the results of the decision to carry on as a two piece have proven to be nothing short of amazing.
For those of you that are counting Vivere (Latin for live) represents the third live release from Stone Machine Electric and their first with a label.  In keeping tradition with previous releases Mark will be rendering the artwork for this release.  He has provided the album art for all of the duo's albums with the exception of their self-titled release.  The album was recorded on June 3rd at the Doublewide in Dallas, Texas by Rob Stercraw and was mixed and mastered by Kent Stump (Wo Fat) and Ryan Lee at Crystal Clear Sound recording studio.  As of this writing a release date has not been set.  My understanding is that everything is ready except for the artwork.