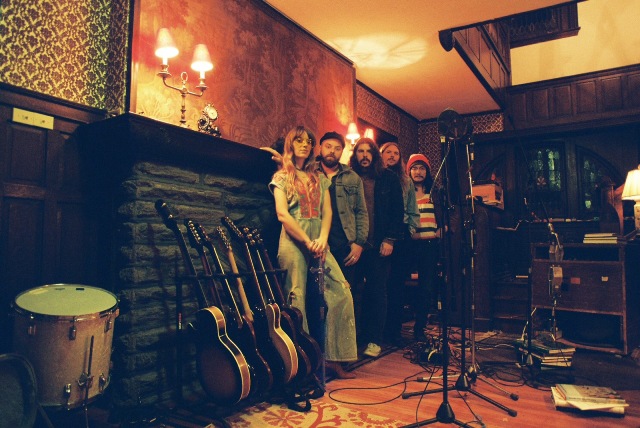 "Setting up shop and recording ourselves in an 1800's era estate has been a pleasure and a labor," comments Taylor. "We built the studio in house from the ground up – mostly Sean (organ), with help from our friends at Kawari Sound and Retro City Studios. From homemade preamps to third floor room mics hidden in echo chambers, the tones on this album are truly vintage. Putting ourselves into seclusion provided a process that influenced the album's sound, allowing us to create our own pocket of deep space rock inside of a time warp where everything else stopped - politics, personal shit, the day-to-day worries that tarnish the soul…all gone. This album is like nothing we have ever made before."

More details on RUBY THE HATCHET's upcoming album will be released soon. The band will launch a U.S. tour alongside labelmates Earthless on December 2 in Chicago, IL. Fans can expect to hear a taste of the band's new material on the two week trek, which runs through December 17 in Detroit, MI. The tour wraps up two years of heavy touring by the band in support of Valley Of The Snake, which saw RUBY THE HATCHET hit the road with Black Mountain, Uncle Acid & The Deadbeats and The Sword.

* All shows with EARTHLESS 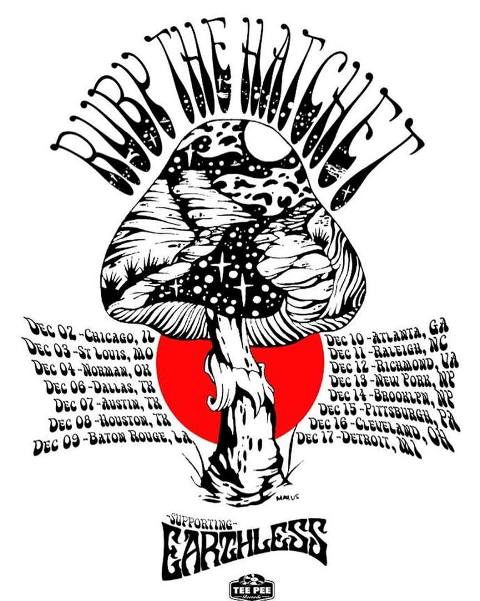 About RUBY THE HATCHET

Psychedelic space rockers RUBY THE HATCHET are one of heavy music’s finest on-the-rise bands. Evoking a decade’s worth of growth and maturity gained in just a few short years, the genesis from the band’s 2011 self-titled EP to present day has been nothing short of stunning. Forming after a series of New Jersey basement practices, this doomy quintet bring an organ-driven Deep Purple groove, wailing female vocal harmonies and fuzzy guitar and bass tones that are nostalgic, but not dated. Live intensity and tightness is paramount for these in-the-pocket groovers who not only write together, but live together. RUBY THE HATCHET conjure occult-flavored, evil hard rock with hypnotic and mythical lyrics for a witchy brew of ominous wild rock sounds. If the Wilson sisters had a 5-headed Sabbath love child and Stevie Nicks was the mid-wife, consider RUBY THE HATCHET the bastard that strikes a balance between psych density and metal grandiosity.