Dot Legacy - To The Others 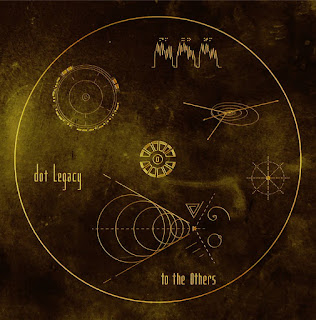 Greetings waveriders.  Recently I have begun to question my heritage.  Genealogy clearly shows that my family's ancestors lived in Denmark but there have been too many incidents, musically speaking that is, that indicate otherwise.  Based off of many bands that have caught my ear over the past couple of years (and that I've reviewed here on The Ripple Effect) I strongly suspect that I'm French.  It's the only reasonable explanation for how much I am enjoying the rock music emanating from that country and today I'm going to write about yet another group of talented Frenchmen, Dot Legacy.

To The Others is the title of Dot Legacy's new album and my goodness is it a doozy!  While the music is rooted in stoner rock I am intrigued by all of the nuance that the band throws into their songs.  These guys clearly have no problem incorporating different sounds and ideas into their music, which in turn makes them a lot more interesting to me than your typical, run of the mill stoner rock band.  Take album opener "Horizon" for example.  The song begins with a rustic, Americana-like vibe over sparse instrumentation.  To my surprise when the band kicks into high, heavily distorted gear the listener is treated to a hip-hop inspired, rapid fire delivery of lyrical content and groove before the band returns to the restrained opening theme. 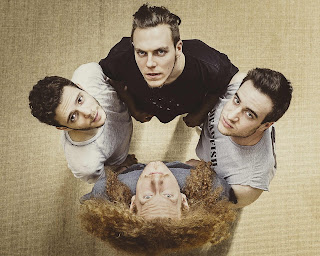 Strains of other genres crop up throughout the rest of the albums eight songs as well.  Elements of psychedelic rock, progressive rock, post rock, garage rock, punk, and even shoegaze all spice up the proceedings at one time or another.  Of course that isn't to say that Dot Legacy ignores the foundation of their rock 'n' roll high-rise, otherwise known as the almighty riff.  Excluding the two more atmospheric/meditative tracks, "The Twelve" and "Pioneer", To The Others is bursting with monstrous guitar work producing enough power to rival a hydroelectric plant.

Perhaps the highest compliment I can give to Dot Legacy is that To The Others defies all of my expectations.  It's loud, confident, and bold, but also inventive, introspective, and clever.  This album grabs hold of me by the ears and refuses to let go until I've listened to the final track!  Investigate this music today waveriders, and once you've experienced the glory for yourself tell your friends.  Everybody needs more high quality rock in their life!