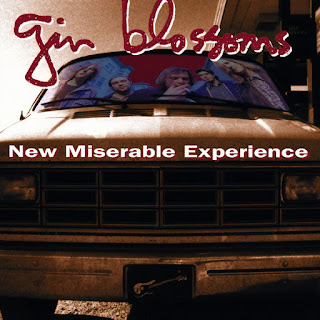 Originally released on August 4, 1992. The album went on to reach multi-platinum status after the lead single, "Hey Jealousy" entered the top 40, with "Found Out About You" following a few months later.

Pre-orders are available now at: https://www.srcvinyl.com/gin-blossoms-new-miserable-experience-2xlp.html.

Track Listing:
A1 Lost Horizon
A2Hey Jealousy
A3 Mrs. Rita
B1 Until I Fall Away
B2 Hold Me Down
B3 Cajun Song
C1 Hands Are Tied
C2 Found Out About You
C3 Allison Road
D1 29
D2 Pieces Of The Night
D3 Cheatin'

www.srcvinyl.com
Posted by The Ripple Effect at 12:30 AM