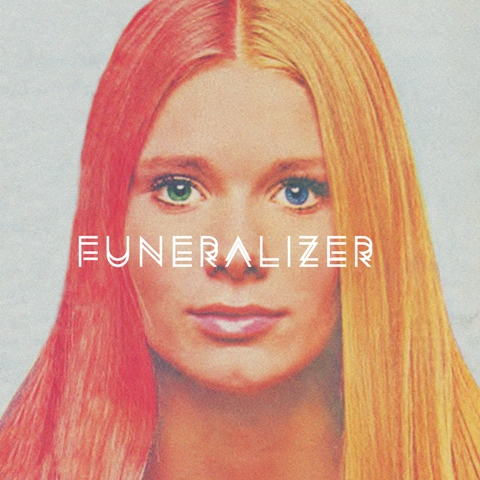 Austin rock band FUNERALIZER will release its self-titled debut album on October 28 via Crayo KC. The group, a trio featuring drummer Trivett Wingo (ex-The Sword), guitarist David DiDonato (Ultimate Dragons) and bassist Clarke Wilson (Bangaar, Those Peabodys), play music that is at once, eclectic, electric and LOUD. Today, Treble premieres the new song, "Rotting on the Vine", calling it "one minute and one second of fuzzy, burly stoner-math metal." Hear FUNERALIZER's "Rotting on the Vine" now at THIS location.

“"Rotting on the Vine" is sort of our nod to Devo,” comments Wingo in a statement. “Obviously we borrowed a little bit of inspiration from "My Sharona".”

In related news, New Noise has unveiled the new FUNERALIZER song "RIC", which, according to Wingo, "captures the essence of the math rock thing that we were all doing in Richmond, Virginia back in the 90's, like Breadwinner and Sliang Laos". Hear "RIC" now at THIS location.

Recorded by Bryan Richie (The Sword) at The Berry, Funeralizer delivers twelve terse tracks that swell with Sturm und Drang, discordance and dissonance. The album's arresting cover art was created by Joby Ford, guitarist for The Bronx / Mariachi El Bronx.

"The idea behind Funeralizer is that everything is super concentrated. No fluff,"  Wingo continues. "It seems like the best parts of most songs can be summed up in about a minute and a half. The goal is to keep things dense. Boredom is the enemy."  He adds, "I'm excited to get this record out 'cuz I feel like, for the most part, it doesn't sound like anything anyone else is doing."

"Funeralizer breaks down loud rock to its most basic elements of killer riffs, slamming drums and pounding bass. No song on the Austin-based instrumental trio’s album goes for over two minutes. It’s like it’s their mission to get in, rock out and then get the Hell out before the dust even settles. It’s fat free noise rock at its best." - NEW NOISE
Posted by The Ripple Effect at 8:30 AM