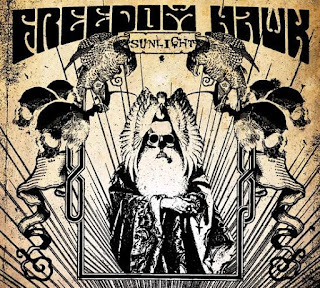 Ripple Music is thrilled to announce the upcoming release of the long-lost debut album "Sunlight" from retro-rock pioneers, Freedom Hawk.  Hailing from the barrier dunes of Virginia, this quartet blends heavy riffs, a rolling groove, and soulful guitar melodies to produce the sound that is Freedom Hawk. Widely recognized as one of the leading forces in the retro-rock movement, their brand of heavy rock coupled with a high energy live show, leaves many wondering if they’ve stepped through a time warp that has taken them to rock’s heyday of the 70’s by the power of their dark music fueled by the sun.

Originally self-released as a digital and very limited-run CD release in 2009, Ripple is proud to give this seminal album the full "Ripple" vinyl treatment.   "Sunlight" is hard and powerful riff rock wrapped in core metal tones with melodic high pitched vocals and slight psychedelic edges. The driving beat and heavy guitars with timeless vocals gave light to the new birth in heavy music.  Relegated to digital only status for too long, Sunlight will be released world-wide on January 27th, in two vinyl versions and CD.

Ripple is proud to help bring this amazing album to a whole new audience and spread the word on the killer riffs of Freedom Hawk.

"If Freedom Hawk were in search of the lost Black Sabbath riff, they've struck gold. Their debut CD, 'Sunlight' is so chock full of lumbering Sabbath-powered riffs and Blue Cheer-pinched guitar licks that it will put cracks in your walls once you press play! Freedom Hawk rock loud and proud and come HIGHLY RECOMMENDED." - The Atomic Chaser, THE DRP/All Access Magazine 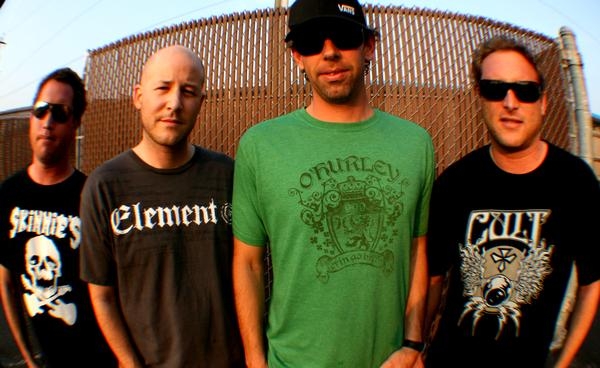 Ripple Music is widely recognized as one of the world's leading labels for heavy rock, retro-rock, heavy psych, stoner and doom.   Scouring the earth to find the best of the heavy, Ripple releases are available at retail outlets worldwide, www.ripple-music.com and www.ripplemusic.bandcamp.com.
Posted by The Ripple Effect at 12:30 AM