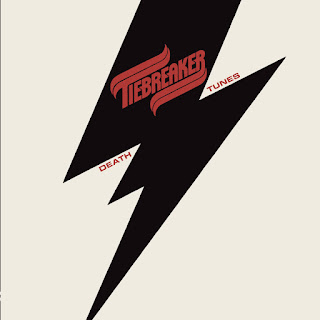 Where do I start with Tiebreaker? First off, I had no idea who these guys were, never heard of them in my life until just recently when, as usual, an acquaintance sent out a recommendation for them online and the notification of the pre-order to the new album Death Tunes. With one track streaming and one previous album available to stream, the wishlist was overflowing with excitement. They appear to have been around a few years and although they are definitely not widely known from what I can see online, they are definitely worthy of a listen. Also, the album is available on vinyl, which begs the question, is this a mandatory addition to your collection? 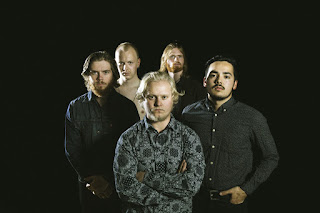 Death Tunes is the second album by the Norwegian rockers and a follow up to their debut We Come From the Mountains released on Karisma Records in 2015. Death Tunes continues on the deep throbbing passion for the almighty riff accompanied by some of the finest vocals I’ve heard in a long while. Vocally, Thomas Espeland Karlsen belches out a range of ardent cries paired with melancholic rasps of fury in the form of a concept album of sorts with ‘Death’ as the focal point. Don’t worry though; we’re not talking death metal or anything like that. The energy is potent and the vibes are rock and roll to the core.

Highlights include, Anywhere But Here which bursts with arioso charm and sentimental bluesy grace. Tactful licks construct a mind boggling array of rhythmic seduction throughout its 3:20 length.  Rather than existing as a total standout track, Death Tunes continues on as each song surpasses the fallacy that the previous track could not be topped. The Deep rides the heels of Anywhere But Here rather seamlessly, erupting into a 1-2 guitar crunch swooning with heartfelt vocals and brimming with progressive soul.  Building Up to Die slows things down with a thunderously robust intro building a chorus line progressing like an expedition to the summit of Everest during a deadly storm. 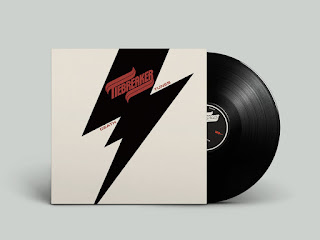 Killer kicks off with a rocking melody intact with screaming guitar chops and powerhouse drumming. Again, the theme remains, death is in the air, along with killer riffs and ground shaking rhythm. Blues-based solos attack toward the latter half of the song increasing with vigor closing the song down with a fatal array of guitar strummage.

Float Away drifts along with another catchy beat, added soulful crooning exposes the gravel within Karlsen’s vocal bar, and the 70’s vibes sweep along like tumbleweeds breaking over a sand dune.
The album closes down how many great albums do, with a 9 plus minute opus. Heavy Lifting is not only heavy; it’s a testament to the retro-blues inspired song craft of our time. The arrangement, harmony, tone and overall bite of the song are strong enough to stand the hairs on your neck on end, and do each and every listen.  Taking on an almost opera esque format, Heavy Lifting is subtle yet powerful, and fortifies the album as Mandatory. 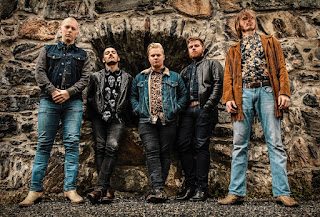 Mandatory Vinyl for the sake of this feature and yours for the taking. I now concede and pronounce another esteemed recommendation from me to you. The debut album is magnificent as well. For fans of all things heavy and 70’s, MC5, Rival Sons, Deep Purple, Hellacopters, etc….  I don’t want to remain one of the only vinyl supporters on the bandcamp page. Currently I am one of 3 supporters who maintain bandcamp profiles and the only one who purchased on vinyl. Let’s make that change.  Send us pics of your record when it arrives. I trust you’ll pick it up.

Email ThisBlogThis!Share to TwitterShare to FacebookShare to Pinterest
Labels: anywhere but here, blues rock, building up to die, death tunes, karisma records, mandatory vinyl, the deep, tiebreaker, we come from the mountains