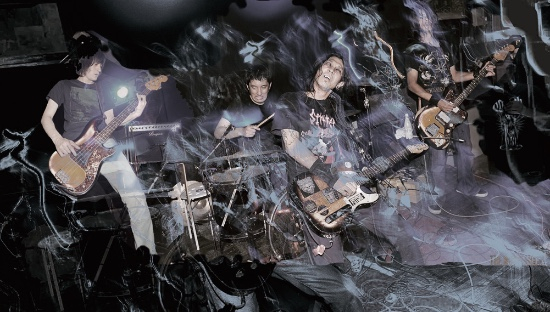 
Originally formed in 2006 under the name PsychoToBlack, after numerous personnel changes, a handful of filed missing person reports and a ritual or two in the black arts, Tokyo’s Sithter eventually emerged, dragged into sunlight.

Influenced by the traditional sludge metal of bands like Grief, Eyehategod and Buzzoven, after leaving his previous outfit MONE¥I$GOD in 2007, guitarist Hyö "Noise Fucker" Kagawa brought with him experiments in doom and dark psychedelia, alongside drummer Takefumi Matsuda and vocalist/guitarist Hiroyuki Takano. Completed by the arrival of newest member Wahei Gotoh on bass in 2013 – kidnapped from the heavy cosmic rock band Dhidalah – the quartet quickly became masters of the “Sonic Death Sludge” sound.

Following the release of 2009’s The Last Temptation EP, their first full-length album Evilfucker on the Russian doom label Bad Road Records and a split with Seoul-based death metal trio Gonguri last year, this December will see the release of Chaotic Fiend on Bonten Records. The inaugural taste of which can be sampled via the track ‘Masque Of The Black Death’, a poisonous and molasses thick assault on all senses.

Sithter also tour Japan this November with Serbian doom rockers Heretic Rites (for the full list of dates see below) ahead of the release of Chaotic Fiend on 9th December. You can stream and share new song ‘Masque Of The Black Death’ here and pre-order the album directly from Bonten Records via https://bontenrecords.bandcamp.com/album/chaotic-fiend 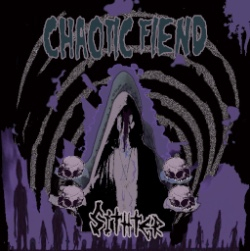