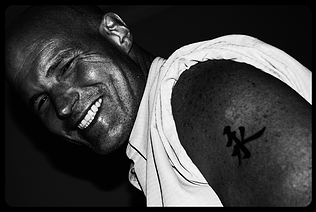 Illinois-based songwriter Al Krause recently announced the official release of his debut LP, entitled Tale To Tell for November 4th, 2016 on Noble Steed Music.  Krause, age 52, began writing in high school but didn’t pursue a music career until later in life.  After raising a family, sending his daughters off to college and a successful career in business, he decided it was time to reinvigorate his creative side.

For this project, Krause rallied together some close friends to contribute to the cause.  In fact, all of the tracks on this record have been sung by other artists.  Four of the eight tracks on Tale To Tell were performed by Tony Lucca, a singer/songwriter best known for his run as a cast member on The All New Mickey Mouse Club, finalist on Season 2 of The Voice, and touring with the likes of Maroon 5, Kelly Clarkson and Sara Bareilles, among countless others. Additional guest vocalists on Tale To Tell are Paul Pfau (Nashville-based singer/songwriter and contestant on Season 8 of The Voice as a member of Team Pharrell), Matt Duke (Philadelphia-based singer/songwriter), Hey Monea (Hard Rock Live-winning rock band) and Michael Pearsall (lead singer of Washington DC-based rock band, Honor By August).

The LP was produced by Lucca and Brian Fechino (Sister Hazel, Pat McGee.)  Additionally, all of the songs were co-written by Krause with an assist by Jason Spiewak and Tony Lucca.  Spiewak served as President at Rock Ridge Music, a Warner Music-distributed record label and management company he co-founded in 2004 before establishing JLS Artist Management in 2013.  He is also an accomplished producer and songwriter, whose production credits include “Lost Souls Like Us” (The Benjy Davis Project- 2010), “Live from the Southland” (Pat McGee- 2009), and “Starting Over” (Ernie Halter- 2008).

Krause had this to say about Tale To Tell:

“Historically, my inspiration would just be whatever; the setting sun, a commercial, a pretty smile, a glimpse of lingerie, a dress, a walk down a dark street in a rough part of town, falling from a bar stool.  But for about the past 18 months, I’ve been a member of a songwriting group where we’re given a phrase each Monday and must compose a song, or at least part of one, and submit back to the group by the following Sunday night.  Each of the 8 songs on the current project is a product of the songwriting group.”

He also added the following:

“I think it’s important for the listener and fan to impart their own message and experience to each song.  Sure, it’s cool when you know what the artist was writing about or what their inspiration may have been, but the songs that I’ve loved and enjoyed were meaningful to me because of my personal connections and experiences related to those songs.  But whatever listeners and fans take from each song, it will be because I write about what I feel and think and know and imagine, not because it’s popular or en vogue or even correctly structured.  My songs have varied themes, but mostly focus on relationships (real and fictional), dreams and fantasies, but also incorporate much darker themed topics touching on addictions and nightmares and a kick-ass, but mentally messed up super hero.  Even the love songs tend to lean toward a darker side of yearning and desire.”

Yes I Do (featuring Tony Lucca)

Count Me In (featuring Hey Monea)