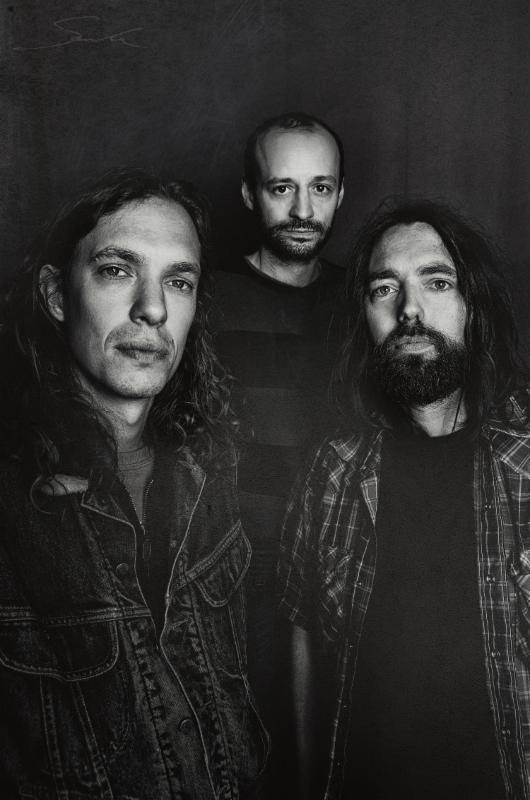 Check out a video teaser at THIS LOCATION.

MARS RED SKY will be touring in support of their Apex III (Praise For The Burning Soul) full-length, recently issued worldwide via Listenable Records. Captured by Gabriel Zander - who also engineered the band's lauded Stranded In Arcadia offering - and Jacob Dennis in Studio Cryogene in Bègles, France, with Apex III (Praise For The Burning Soul), MARS RED SKY delivers grandiose and hypnotizing hymns rooted in a far wider range of musical influences stretching from Robert Wyatt, The Beatles, Nick Drake, and Neil Young, to Electric Wizard, Acid King and, naturally, Black Sabbath. To purchase your copy, visit THIS LOCATION.

"France's doom vagabonds, MARS RED SKY, deliver that peculiar but exhilarating tonic of innovation and anachronism on their new album Apex lll (Praise For The Burning Soul). One sip of their Om/classic Melvins punch laced with Syd Barrett and The Electric Prunes will rock your head back." - Decibel

"The deeper you dig into Apex III..., the more you'll understand the band is less of a down-tuned jam fest, but rather an exploration of classic rock moods and atmospheres. A constant battle between the thunderous riffs and the whimsical nature creates an enjoyable duality." - Metal Injection

"This expansive trio has a unique way of keeping the organic sound simultaneously grounded and spontaneous, all the way out of our solar system." - MetalSucks

"MARS RED SKY already accomplished a lot and went places based on the strength of their first two albums, but Apex III... is all set to become their passageway into broader pastures, as it has what it takes to form a longlasting vice-like grip on fans of the genre." - Metal Assault

"Without a doubt a weird listen at times, it's safe to say that Apex III (Praise For The Burning Soul) is also at the same time one of the more unique albums you are likely to hear this year. Psychedelia and stoner metal have never sounded this good together." - Sea OF Tranquility