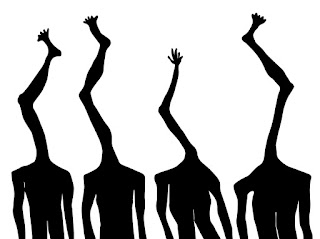 So last round I featured some albums buried deep in my forest of music near the heart of bandcamp. This week I’m going to jump right back to the fresh hits dominating my feed and taking my hard earned money away in donation form in hopes to help spread the love to the masses as well as allow for endless streaming from my mobile app to ensure my daily dog walks and gym routines are sound tracked with nothing but the most intriguing new sounds. Here I present you S’more killer jams, which you can basically find straight from the bandcamp feed

The Balls – The Balls 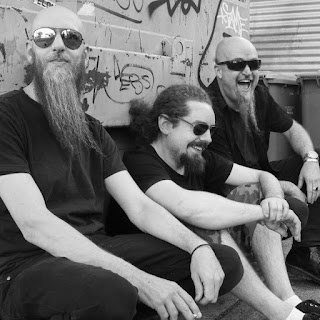 The Balls came to my attention by the dreaded “sponsored” posts up on Facebook. As we all know these computers and the internet know more about us than we do and every once in a while an ad or a suggested link will take me by surprise and actually be spot on. Anyway, I remember seeing a YouTube video for these guys on the Facebook wall come up for several days and I just ignored it.

It couldn’t be due to the terrible band name could it? Probably, anyhow I finally clicked the video and was slightly blown away at how much the sound represented everything I love about heavy rock. I immediately sought out bandcamp to find an album or EP to no avail. But low and behold a few days later the EP – Skeleton Creek album popped up and I snatched it without hesitation thinking it was a the new album. However, come to find out it was older material which ripped anyways so who cares. Then a week or two later the full self-titled album dropped and the rest is history...

“The Balls manage to more than make up for their rather unattractive band name with an all-out, balls-to-the-wall Rock and roll attack. The riffs soothe with a cool fuzzy undercurrent while the vocals tug with a deep penetrating rasp. The astral stoner grooves tickle with reverb as the distortion invigorates the psyche with its palpitating chorus lines! The Balls will bury themselves into your auditory tunnel of love.”

Lamebrain – Overpower (EP)
It’s only an EP but man does it demonstrate how it’s done. Lamebrain led up to this EP with a string of singles which hit all the right buttons and gained the attention of several of the diehard bandcampers into heavy psychedelic blues rock etched with acid and dripping with punk roots. Lamebrain exemplifies this phenomenon on their debut EP.

“Yes, the guitars scream with a ruthless bluesy swagger, the vocals moan with a punk-tinged biker clout and the solos brand like hot iron on a baby brahma bull! Lamebrain have Overpowered us with this rocking debut EP. Favorite track: Overpower.” 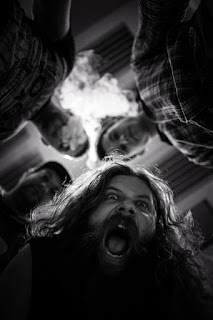 Wow guys! Got the lead on this one actually today after I had written the draft of this review and had to come back and add it in here. The Obelisk blog posted an update about the new EP and I had some intuition that I needed to listen without even reading the article. The name sounded familiar and I thought I remembered liking whatever they had in the past. Turns out it blew me away even more than I was expecting. The early EP is a doozy as well. Must listen to band from the UK.
“Superb vocal howls combine with annihilating fuzzed out riffs and psychedelic atmosphere. The melody and groove are breathtaking and the hooks are massive. For fans of all things heavy, fuzzy, groovy, and loud.” 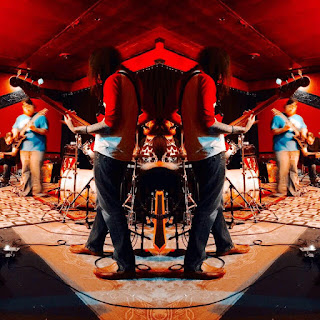 Stone Priest was born of the blood of former band Cosmic Shakedown and led by Larry Gartley, whom is also a partner in the underground heavy rock label Helmet Lady Records. These Buffalo, NY rockers unleashed their new project on bandcamp to much surprise. It was rumoured to be a thing for a while and now you can listen in full and make no mistake, Stone Priest is a good time with a heavy groove and a retro vibe.

“Stone Priest performs a stoned out bluesy ritual of heavy rock. The riffs blaze a plume of retro groove as the vocals croon along at Stubb pace setting the mood to ecstatic”

Val Cale – Ouzo Dreams
Every once in a while a piece drops that blows your mind and leaves you needing more. Val Cale fit that description to perfection with their fresh double sided single Ouzo Dreams. I wish they had a 45 or something for sale on bandcamp, but I guess I am going to have to impatiently wait for more material. Here is their description:
“Mixing the classic sounds of the sixties British blues
scene with tinges of seventies Floydian psychedelia and Sabbath-esque heaviness, their music will not disappoint those with an ear for either a classic or contemporary rock sound.”

If that doesn’t sell you on its own, here is my description:
“Val Cale combine bits of everything us addicts love including mind-melting psychedelics and brain-burning proto-tinged blues rock engulfed with the jaw dropping gravitational force of the 60's/70's heavy-psych scene. This is good folks, this is reeeeeally good.”
Listen here:

That wraps up this edition of Bandcamp Bonanza. Summer is officially here in the northern hemisphere but camp is not dry. We’re expecting the trend of killer albums, cool new discoveries, and maybe even some more vinyl options popping up in camp all summer long. Keep the tent pitched and the fire stoked. We aren’t going anywhere for a while.