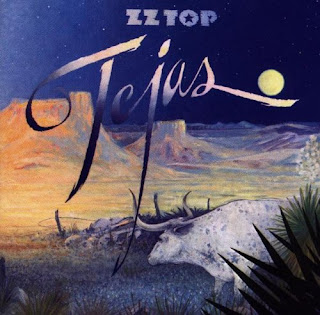 I was at a show a couple weeks ago and the sound guy put this album on between bands. I probably sat there for a good 5 minutes with a stupid grin on my face, just enjoying the music, before I realized it. That's what a great album that you absolutely love will do to you. Come to think of it, I've probably had a stupid grin on my face over a woman too, so maybe that's just my natural state when I really enjoy something. I listened to this the next day, and the day after that, and the day after that. And here I am writing a review about it.

I grew up listening to these guys because my dad was a massive fan. One of my most enjoyable concert experiences ever was taking my dad to see them shortly after I graduated from high school. As much as he loved them, he never would have gone to see them otherwise. So here I am with my dad, who was a State Trooper, and his best friend, also a State Trooper, standing in line in the good old days of GA shows. There's all kinds of underage drinking and consumption of various illegal substances going on around us, and of course the poor, unfortunate souls who overindulge and pass out before they even get inside, and I'm there with two cops who can't do a damn thing about it. Their reactions alone were worth the price of admission.

But I digress. For me, this album was the pinnacle of ZZ Top. Everything they had done prior to this just set them up for this moment, and certainly nothing they did afterwards came close. On this album they were smooth as a cue ball and cooler than a polar bear's toenails, to quote Andre 3000. All of their influences came together and on this album they did what every great band does; they established their sound. It's not blues, it's not rock, it's not western swing, although there is some of all of those in the mix. This album, this sound, is ZZ Top. If you asked me what the band sounds like, I'd give you this album. Their previous four albums were very good, don't get me wrong. This one, though, is it.

“Tejas” is just a powerhouse album. There is not a bad song here, which you really can't say about the albums that followed. The songs are tight and concise. Listen to this with headphones and check out the interplay between drums, bass and guitar. Everything is right in its place. I love that little 4 note rising pattern right after they sing “It's Only Love”. It just knocks me out. Something so simple and just so right, and the album is full of things like that. The lyrics are good and quite funny in places, and you can tell that the boys are very familiar with the places and things about which they sing. “Pan Am Highway Blues” is a killer track and one of my favorites on the album, and as you listen to it you feel as though you are taking a road trip from Texas to Peru. You can almost see the white lines rolling past. “Avalon Hideaway” is a real place, or at least was, and the slinky groove of this song makes you feel like you are right there with all those characters.

This is the album that I will always remember them by. Its one of those albums that I can put on no matter what kind of mood I'm in and it will always hit the spot. We all have those classic albums that we love and have listened to more times than we can count. Put on one of your favorites and enjoy.

Yes! Loving this album too! I grew up with the crappy sounding version on the reverb-drenched Six Pack set. The original mix is soooo much better. Possibly the most underrated Top album along with Rio Grande Mud. Peace.