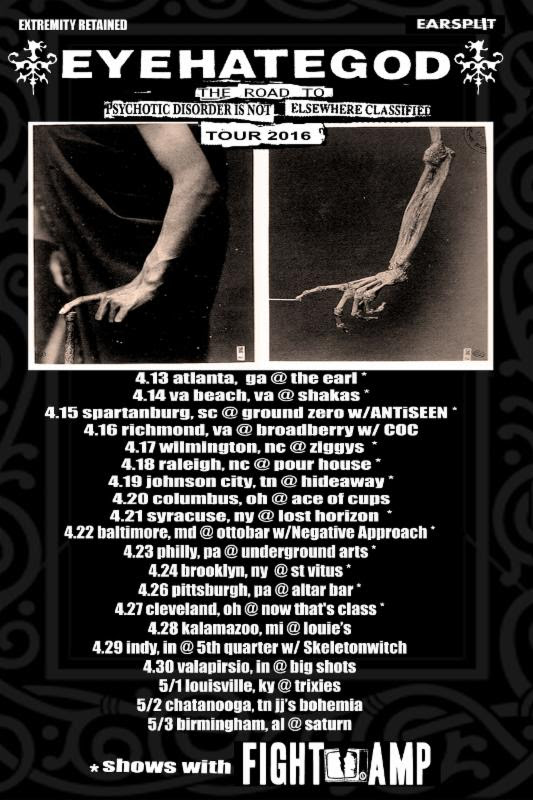 Following a short Winter slumber, the New Orleans ear bleeders in EYEHATEGOD are back to flatten stages this Spring with two separate roadside takeovers. The first round will commence with a headlining tour set to kick off April 13th and run through May 3rd. The near-three week march features support from Fight Amp on select dates as well as special shows with Antiseen (April 15th) and Corrosion Of Conformity (April 16th). The band will take a short pause before heading back to the streets from May 29th through June 6th with hard punk icons Discharge with additional support provided by Toxic Holocaust. See all confirmed dates below.