Silent Monolith - Another Way To Fly 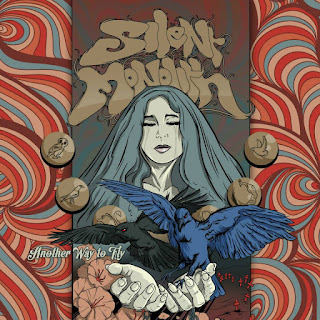 Silent Monolith is the third piece in the triad that installed faith in my music disparity regarding Nashville. The other two bands being Noisecult and Howling Giant whom I've already talked about. Like the other two, these guys play with such freedom, laissez faire and joy that it is impossible not to like them. And who wouldn't want to? Forging their music in the vein of stoner rock, Black Sabbath, Clutch and Kyuss, Silent Monolith aim for the sun and reach far beyond. They aren't reinventing the wheel, but where they separate themselves from so many others, is in the songwriting department as well as in the instrumentation. Combined with a no bullshit attitude, Silent Monolith are miles ahead of so many others.

‘Another Way To Fly’ is set up in two parts. The first five songs make up the actual album, while the last three are alternate versions of two tracks. ‘Feel Like I’m Dying’ starts off like a slow blues tune that quickly turns into a crawling sludgy stoner anthem. Dark and sinister, it broods its way through barbwire-sharp riffs and brain-bashing rhythms while building up to an explosive crescendo. First punkish, then Clutch-like before settling for a mid-paced mix in the vein of the latter and Kyuss, ‘My Way’ is another composition where Silent Monolith shows how you, in the best possible way, change up an overcrowded genre and in turn make it fantastically good. No bullshit and no pretension, the juggernaut that is ‘Fucker With A Fu Manchu’ is a beast and then some. The guys let their hair down and unleash the fury and I love it! Big on the riffs and full of groove, ‘Witch’s Brew’ boogies, shakes, rattles and rolls and I can’t stop myself from dancing and writhing like a possessed ghoul. Last one out is the title track, ‘Another Way To Fly’, and it is another speed demon just like ‘Fucker With A Fu Manchu’. No holds barred, Silent Monolith comes at me with a sneer and a furrowed brow and they mean business. 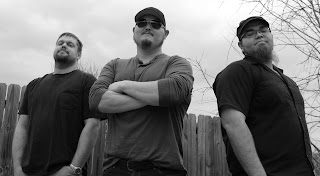 The second part of the album begins with a radio edit of ‘Feel Like I’m Dying’. The only difference from the original version is a segment leading up to the guitar solo has been lifted out. A radio edit of ‘My Way’ follows as well before the real diamond appears, the acoustic version of ’Feel Like I’m Dying’. This outtake is where the band really shows their real music prowess. What I mean is they take an already great song and completely remake it, turning the new version into something just as fantastic as the original. Obviously when you go from a full band to only an acoustic and an electric guitar setting, a song changes. But what Silent Monolith has done is creating a brand new song. And that’s talent, if it ever was. What does it sound like then? Take The Man In Black, Johnny Cash, and the ‘Murder Ballads’-era Nick Cave and voilà, you have this amazing diamond at your disposal.

As the final piece in the Nashville resurrection, Silent Monolith, like their two partners-in-crime, flawlessly and elegantly present the proper way to play music. Regardless your genre-preference, take a note from these guys as to how to make your band great…because these knuckleheads can’t do wrong! Since I’ve been fortunate enough to have seen them live several times, I know how perfectly they transfer their songs from the studio setting to a live stage. And that is another sign of greatness, in my book.