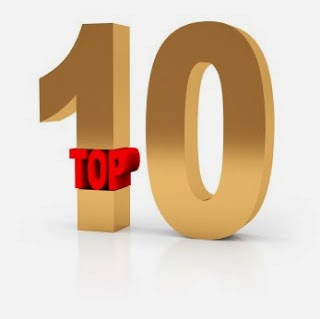 It has been a very good year if you love rock music. There are just to much to choose from sometimes. It's impossible to keep up with the big labels, small labels, blogs, pods and bandcamps but here is an attempt to summarize what went down in 2015. I'm sure I missed most of all the great music out there but this is what got the most spins on my turntable.


1. We Hunt Buffalo – Living Ghosts
The hunters of buffalo from Vancouver deliver their second album on Swedish label Fuzzorama and what we get to hear is a band that is digging into the very ground they are standing on. The wild nature is present in the lyrics and the riffs are cut out of the bedrock of the Rocky Mountains. A well composed record in total that gets under our skin. For real.

2. Lucifer – 1
When The Oath collapsed singer Johanna Sadonis started Lucifer. This is heavy metal with a doomy touch and it's so elegantly made that one can only surrender.

3. Monolord – Vaenir
Only 13 months after the sensational debut “Empress Rising” Monolord hits us with the follow up and it's just as awesomely heavy and fuzzy as it's predecessor.

4. Ghost – Meliora
I grew up on Alice Cooper, Kiss and King Diamond so I can't help loving Ghost and everything the band stand for. They brought back the magic and larger than life image to rock music. And musically they have never been better.

6. The Sword – High Country
I really appreciate when bands show how they refuse to stand still in one spot. This is a big step forward for the Texans and even though it's sound is almost all new it still sounds like The Sword.

7. With The Dead – s/t
If Lee Dorrian, Mark Greening and Tim Bagshaw decide to combine their superpowers and put it on a record it will end up on the top ten.That is the law of the land. Doomy and punky with raw edges. Liberating.

8. Mammoth Storm – Fornjot
There is nothing small about this album. The riffs are as massive as the vocals and the majestic rhythm section. Two words: epic doom.

9. Sons Of Huns – While Sleeping, Stay Awake
There is something about power trios and rock music. These dudes from Portland got it all right on their second album and the earth moves beneath our feet when they get their groove on.

Excellent - "Living Ghosts" is my #1 as well! Massive year-end retrospective to be published soon.