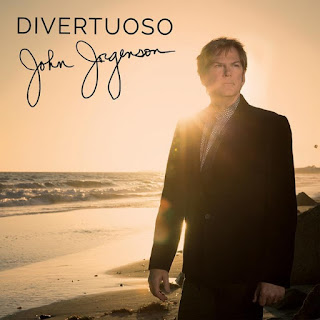 Don’t know what to get your music loving relatives this holiday season?  Does Uncle Joe listen to bluegrass while Aunt Esther prefers gypsy jazz?  And then there is your nephew Timmy,  He is into progressive electric guitar.  There is one gift that will satisfy them all - John Jorgenson’s 3-CD box set Divertuoso.

Jorgenson has taken three of his records from his diverse musical projects and combined them to satisfy the tastes of most any music aficionado:

John Jorgenson – Gifts From The Flood: Gifts From The Flood is a Jorgenson solo electric album. Jorgenson plays all the instruments (guitars, bass, Hammond organ, clarinet, bassoon, keyboards, and percussion) except drums, which are played by Greg Morro and there is a special guest appearance by Brad Paisley.. In 2010 Jorgenson had many guitars and amps completely ruined by the Nashville flood. As the guitars were restored and returned to him new songs flowed from them and into this album. Each song is named after the guitar that was used to create it, and all were written by Jorgenson. You get straight-ahead rock, country picking, even surf rock inspired tunes.

If you don’t know Jorgenson you should. Jorgenson played lead guitar in Elton John’s band for seven years; co-founded The Hellecasters and The Desert Rose Band; portrayed Django Reinhardt in the film Head In The Clouds, recorded and toured with Bonnie Raitt, Luciano Pavarotti, Bob Dylan, Roy Orbison, The Byrds, Johnny Cash, Bob Seger and Willie Nelson, is a GRAMMY Award winner and a three-time Academy of Country Music (ACM) Guitarist of the Year.

So, awe those hard to buy for musicologists in your life this holiday season.  Gift a copy of Divertuoso.  You can keep those family members engaged in tunes, and maintain your serenity until it’s time to go home.  You might also want to get a copy for yourself.  It just might save you from listening to your niece’s copy of Adele’s 25.