It's everyone's favorite harbinger of death here writing another Eulogy for a fallen rock n roll soldier.  Sadly unlike my previous odes to dead rockers, I didn't know Phil Taylor personally.  I'm just a woe-begotten fan, dumbstruck and a bit numb.  It's always odd to me how we, as fans, feel so personally affected when a musician passes away.  It's not like it was someone close, or in the case with a lot of musicians I admire, it wasn't someone I corresponded with regularly. Phil was always the guy behind the drums in all that Motörhead footage I watch endlessly, salivating over a young gorgeous Fast Eddie Clarke. Phil was the one, in the the Making of Ace of Spades documentary, trying like an upstart little brother to keep up with Lemmy's fast wit and acerbity. 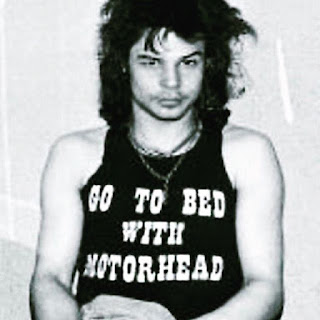 Because we as fans like to think we know what goes on behind the scenes based on snippets from interviews and quotes from magazines, I always pictured that Phil was the reason my beloved Eddie left Motörhead  And I don't want to say I resented him, because I didn't know him, how could you resent a complete stranger ? But I always felt like “oh fucking Phil got Eddie booted from the band,” but I'm sure it wasn't that simple and it's none of my business why or how Eddie left.  Maybe Eddie was, as I've also read, an insufferable control freak? Who knows?

On Eddie's Facebook page, he said, “ My dear friend and brother passed away last night.   He had been ill for sometime but that does not make it any easier when the time finally comes. I have known Phil since he was 21 and he was one hell of a character. Fortunately we made some fantastic music together and I have many many fond memories of our time together. Rest in Peace, Phil!” As usual my imaginary boyfriend exudes pure class.  It turns out that after Phil suffered an Aneurysm, he moved from Los Angeles back to England and stayed with Eddie – so obviously any bad blood was long gone. 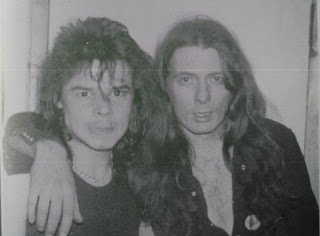 It's funny – around lunch time on Thursday, November 12, my friend Sal (of the awesome Dictators resource  DFFD - (http://dffdblog.com) emailed me simply saying “My condolences about Philthy Animal”.  Under normal circumstances, ie when I still had a Facebook account and would check it on an hourly basis, I would have been well aware of Philthy's passing as my imaginary boyfriend Fast Eddie Clarke was the first to break the news on his official Facebook page. Since my decision to live life in the real world I was mostly clueless about things like this, and thankfully pictures of what my “friends” were eating or drinking.  A quick search on Google confirmed that Phil had in fact died on November 11, from what I believe to be liver failure. 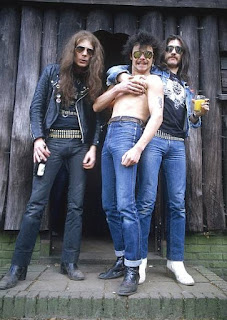 Anyone who knows me is aware of how much I love Motörhead, specifically the first five albums with the “classic” line up of “Philthy” Animal Taylor on Drums, the God Lemmy on bass and vocals and my sweet baboo “Fast” Eddie Clarke on guitar.  One of the reasons I hold that combo in such high esteem is the – and pardon the cliché – chemistry the three of them had.  Sure there have been other fantastic three piece bands with that “certain” something – Rush, Cream and the Jimi Hendrix Experience just off the top of my head.  But for those of us who like our music dirty and heavy but with that Chuck Berry style pure rock and roll - there was Motörhead.  Current drummer Mikkey Dee and arguably Pete Gill were technically better drummers – but Philthy's style of hitting everything in front of him really fast and really hard with a smile on his face and tongue hanging out was the heart and soul of Motörhead Yes it is, was, and forever will be Lemmy's band – and Eddie Clarke has my heart but without Phil – those classic albums, Bomber, Ace of Spades...wouldn't have been as perfect.  It had to be the three of them – the best of mates one minute, beating the shit out of each other the next. 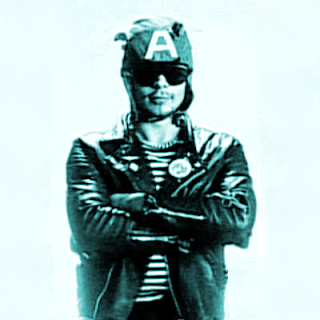 Of course in the past week some of the biggest names in the music industry have publicly expressed their grief and said what an influence Philthy was - - but where were they when, towards the end, he was supposedly living in a hovel and in ever-failing health?  We all knew something was amiss last year when Philthy and Eddie came onstage at a Motörhead gig in Birmingham, but Phil only waved to the crowd, possibly too weak to get behind the drums?

It's no secret Lemmy's not in the best shape lately, having shortened and then canceling several shows over the past couple of months due to health issues.  As he said himself commenting on Philthy's passing, “ think this rock'n'roll business might be bad for the human life.”