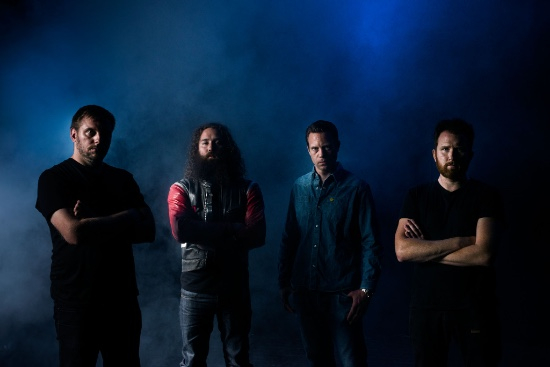 Fuzzorama Records – home to the mighty Truckfighters, We Hunt Buffalo and more – is thrilled to announce the release of Make It Belong To Us, the fourth, and most explosive album yet from Malmö-based rockers Deville.

Well-versed in the ways of brutal melody, for over a decade Deville have built a career out of tight, hard-hitting rock and roll. Brought together in 2004 out of a shared loved for stoner metal and hard fuzz, the band – made up of lead guitarist/vocalist Andreas Bengtsson, drummer Markus Nilsson, bass player Markus Åkesson and rhythm guitarist Andreas Wulkan – are no strangers to the power of the weighted riff.

As you will hear on new song ‘Life In Decay’, the chugging, hook-laden guitars, soaring vocal and ambitious progression in song writing has shaped Deville into a leaner, meaner, and ultimately heavier sounding machine. A band that while happy to hold court with the likes of Mastodon, High On Fire and Queens Of The Stone Age, plan to not only stand beside them shoulder to shoulder, but seize the throne from under their noses.

With previous releases on Daredevil Records, Buzzville Records, Heavy Psych Sounds and Small Stone Records, new album Make It Belong To Us will receive an official release on Fuzzorama Records on 13th November 2015. Having played over four hundred gigs and festivals across Europe and the USA since their formation, in celebration of the release Deville also embark on a support tour with fellow Swedes, Mustasch throughout October (see dates below). 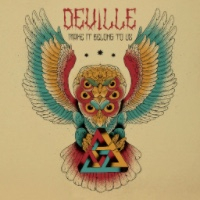