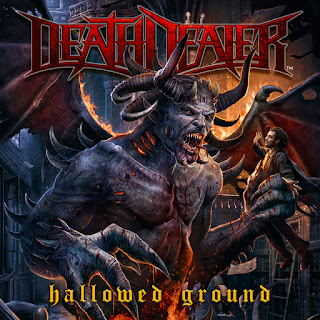 Don't call Death Dealer an “international supergroup” - they are a real, solid band on their own  - not a vanity project like so many “super-groups” tend to be.  Made up of musicians from Cage, Halford, Into Eternity, Lizzy Borden, U.D.O and Manowar – Death Dealer is a force to be reckoned with.

Hallowed Ground is the second album from the band, hot on the heels of the 2013 release, War Master.  While War Master was a good debut, I think on Hallowed Ground the band have found their own sound and identity. While vocalist Sean Peck vacillates between high pitched Halford/ Hansen screams and clean vocals usually within the space of one song – he has a unique voice and style unmatched by any current metal singer. 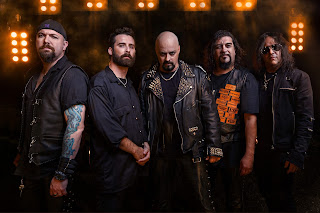 The band wear their influences on their sleeve. There are more than just traces of Painkiller era Judas Priest, 80's Accept, Euro Power Metal bands like Gamma Ray (Peck sounds similar to Kai Hansen when he hits the higher notes), a faint hint of later King Diamond on the song “Seance) and of course the anthemic fist pumping blood-boiling “true metal” of the first six Manowar albums featuring the illustrious Mr. The Boss.

The guys are all talented musicians who know what they're doing and obviously know how to write songs that will get an arena of sweaty metal heads riled up and punching their fists.  Hell, there's even a track called “the Anthem” - and it delivers. 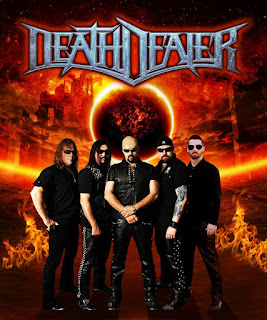 But it's not all speed and power for the sake of speed and power.  Just when you feel like your headphones are going to overheat, there's Ross with a flamenco (?) Spanish guitar solo, “Llega el Diablo” which segues into the Western movie themed “The Way of the Gun”.  As an aside, Ross is a card-carrying member of the NRA, so the title may take on a whole new meaning!!

The final track, “U-666” and in my opinion – is lyrically the strongest track on the album.  I won't give it away (as if the title didn't already) but it closes the album in style.

“Hallowed Ground” is a solid 58 minutes of good quality pure heavy metal that will leave you with a smile on your face and an assurance that there are still bands out there keeping Heavy Metal alive and well!


Huge thanks to Chip Ruggieri at  Chipster PR, and Ross the Boss for all your help