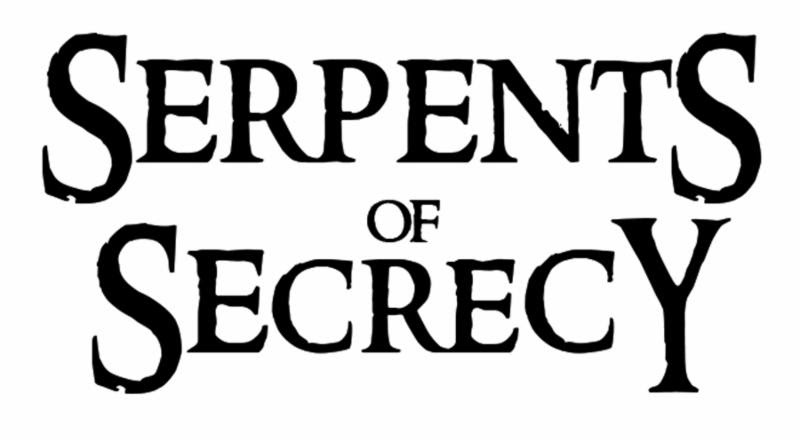 SERPENTS OF SECRECY was initially forged in 2013 but ultimately put on hold while Rev. Jim, Dukehart III, and Ingram participated in the reformation of Sixty Watt Shaman. However, following two years of performances including DesertFest Berlin and London, the increasingly difficult challenges related to schedules and logistics within the Sixty Watt camp led to the revival of SERPENTS OF SECRECY.

Recording of a full-length album is already underway in Baltimore, Maryland at Magpie Cage Studios with J. Robbins (Clutch, Wino, The Sword etc.). The first round of tracking is complete and additional sessions are planned in the coming weeks. "We were working with several candidates and heard some great vocalists but Al's demos had the attack, passion and feel that best matched the music we're writing," said Ingram of the decision to bring in Yeti Bones. "His performances were the first ones where all three of us thought, 'yep, this is our guy.' And his enthusiasm for this project has truly been impressive. He sent us vocal takes less than twenty-four hours after receiving the rough tracks."

"I couldn't be more excited to be a part of this band," says Yeti Bones. "It's been nearly a decade since I've been involved with anything stateside, and the name SERPENTS OF SECRECY truly spoke to me. Fitting for what we are doing and the road we travel down, which is one that has been relatively silent to the public waiting for the right time to strike by unleashing this beast unto the world."
"The songs cover a lot of ground musically and emotionally," elaborates Forrester of the forthcoming tunes. "Much of the material was written and even recorded in a very despondent atmosphere. So the songs range from a palpable anger and aggression to very somber in tone." "And there are some head nodding, all-consuming anthems in there as well," adds Dukehart III.
SERPENTS OF SECRECY plans to release the album in late 2015/early 2016. Further info to be announced in the coming weeks.