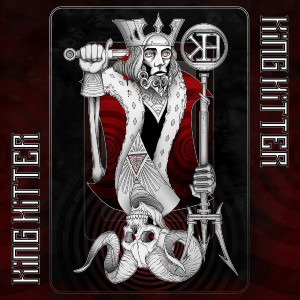 Having never heard of these guys before I was kinda shocked to see that the band is fronted by Karl Agell, formerly of COC and the album Blind.  Here he's teamed up with his former Leadfoot bandmate Scott Little on some screaming guitar and a pulverizing cast of metal maniacs.  Pure, unadulterated rock is the name of the game here, with monster riffs and Karl Agell’s gritty, tough-as-nails vocal performance that never lets up from minute one.  The video below for "Feel no Pain" gives an apt summary of the madness in their Motorhead smashes into southern swamp sludge abandon.  Good stuff.


King Hitter - Feel No Pain from Candlelight Records on Vimeo. 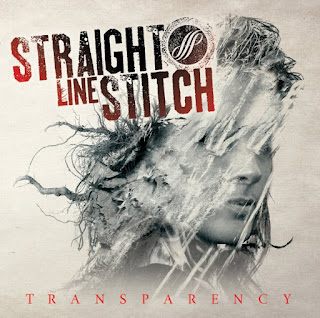 Another band I'd not heard before, Straight Line Stitch are making a name for themselves with a road warrior attitude and a steady stream of melodic, metalcore.  Coming from Knoxville Tennessee, the band features the vocals of Alexis Brown,    Brown is a revelation, screaming and growling with the best plus adding some angelic cleans.   Musically, they range from metalcore to punk to more atmospheric metal.   The riffs are deadly, the drive is relentless.  "Human Bondage" ranges from staccato headbanging fury to near symphonic grandeur.  No doubting the musicianship of these cats, and Alexis's vocal performance never ceases to amaze.  You just got to wonder where a woman with such a beautiful clean tone learned to sing like a demonic plague.   The EP has an experimental feeling, dancing from one style to the next without ever sounding lost or confused.  And it's all done with passion and honesty.  Definitely worth exploring. 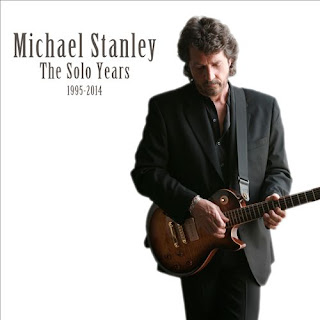 Perhaps you remember Michael Stanley from The Michael Stanley Band's early 1980 hit "He Can't Love You" off his best-selling Heartland LP.  Or perhaps, you're like me and remember him from his prior solo career with such sublime albums of introspective, acoustic folk, like Michael Stanley and Friends and Legends.  Or perhaps, like legions of others, you simply know of him from the legendary, titular album cover of his live showcase, Stage Pass.  However you may remember him, it probably isn't from his post-Michael Stanley Band solo career that spanned from 1995-2014.  But it should.  As this collection shows, over the course of 3 CD's, Michael Stanley lost none of his talent or inspiration as he moved into playing simply for himself.   Divided between the "Rousers" on CD 1 with such standouts as "Just Another Night in America" and "Shadowland" and Weepies on CD 2 like My Side of the Moment and a thrilling acoustic version of his classic "Lover," this set is a must for any fan of Michael's or simply quality MOR adult rock.  Disc 3 is a bonus disc including more obscure and unreleased tracks.  Michael Stanley is a legend in his hometown of Cleveland.  This collection gives you a good place to jump in and see why