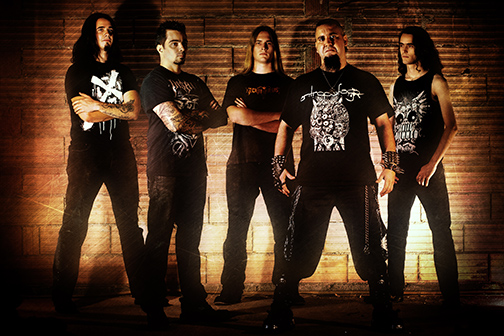 From phobia to dementia, French death metal outfit Antropofago have progressed beyond all expectations and are set to return with a merciless, technical, catchy and brutal second album.

Four years after their debut full-length, Beyond Phobia, Antropofago further explore the depths of human psychosis with Æra Dementiæ, a dementia-based concept album that continues the chilling look into phobia that was its predecessor. The album sees Antropofago reach new levels of technical prowess, production and artistic maturity.

Still as diverse in its approach of technical Death Metal, the new material is marked with well-placed doses of brutality and addictive choruses to make Æra Dementiæ the breakthrough album for Antropofago! Featuring a special guest solo by Nicolas Alberny (Gorod) and guest vocals by label-mates Laurent Chambe (Nephren-Ka), Aara (ex-Savage Annihilation), Benoit Jean (ex-Insain) and other surprise contributors, the album is full of hidden little gems and the over-the-top musicianship.

Antropofago has teamed with No Clean Singing [North America] and VS-Webzine [France] for the premiere of album track "Helter Skelter." The song is streaming at the following links:
English - NoCleanSinging.com
French - VS-Webzine.com

With the first pressing limited to 500 copies, Kaotoxin Records will release the album on August 14 as a deluxe DigiSleeve double CD featuring an expanded version of the band's 2012 Between Fear and Madness EP. Further physical and digital editions will be released on the same day as two separate releases, with Æra Dementiæ and Between Fear and Madness [Redux] sold individually. 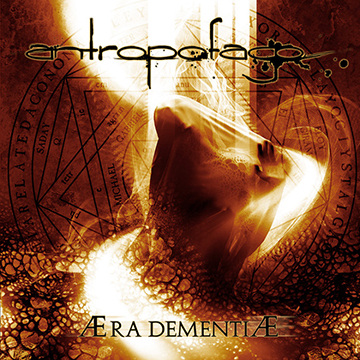