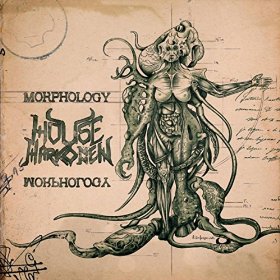 Let not the history of this blighted world be told without acknowledging the prophetic words and deeds of the House Harkonnen.  Long before our demise the four leaders of the House took it upon themselves to travel across the land as heralds, warning all who would listen of the impending doom shown to them in a vision from Helios.  Being his loyal disciples, the Sun God favored the House with a foretelling of blood, death and violence brought about by the hands of men.  A nightmarish, napalm-fueled inferno would engulf everything and everyone leaving nothing in its wake but charred devastation.

Initially the House leaders employed tactics such as monopolizing free speech areas, bombarding social media sites with urgent bulletins, and creating spectacles at town hall meetings to advance their cautionary message.  Unfortunately their efforts failed to draw the attention of the masses so they were forced to adapt.  To affect the change necessary for humanity's continued survival these four seers formed a band and put their message to powerful music.  It turned out that hearing our species death rites recited over rousing rock 'n' roll cut through people's stubborn defenses, making them aware of the imminent danger.

While we were unable to avoid the prophesied apocalypse, thanks to the House Harkonnen there remains a determined group of people intent on rebuilding civilization.

Greetings waveriders.  It's time to celebrate the new face melting release from Arlington, Texas based House Harkonnen!  This uncompromising, unrelenting aural assault delivers 21 minutes of rock that isn't out to be your friend.  Truth be told, the Morphology EP is a sonic bully looking to repeatedly connect with one of its five brutally orchestrated haymakers.  If the listener's eardrums succumb to a devastating musical combo, so much the better!

HH refers to their style of music as slop rock.  What does that mean?  Not what you think.  This music is not even remotely sloppy.  It is however a melting pot of musical ideas.  Songs contain monstrous riffs, clean singing as well as screams, dual guitar harmonies, tempo and mood changes, multi-part vocal harmonies, drumming to wake the dead, etc.  You hear strains of rock, metal, hardcore punk, and pop joined together to form a gloriously powerful Frankenstein's monster.

Similar to previous HH releases I have great difficulty singling out one of these tracks as a favorite.  All five songs are exemplary!  The opening salvo "Helios" wastes no time whatsoever, charging out of the gate at the speed of sound.  The hardcore backbone of this track is pulverizing.  "Napalm The World" successfully pulled the wool over my eyes on my first listen.  Based off the distorted guitar which starts the song I was expecting more out and out aggression.  The pop friendly vocal harmonies came as a complete surprise.  "Blood, Death & Violence" ditches those harmonies and returns to the business of hunting jugular veins.  "Straight Class" layers infectious melodies on top of massive amounts of fuzzy distortion.  And then there is "Death Rite, Pts. 3 & 4".  This song (or these two songs combined) is (/are) epic!

Waveriders, if your neck isn't sore after listening to the Morphology EP I'm afraid I don't know what to say.  The House Harkonnen make the pleasure centers inside my brain light up like a Christmas tree.  Those of you looking for something new to rock your world, this is your ticket!  Take a listen and join me in my adoration!