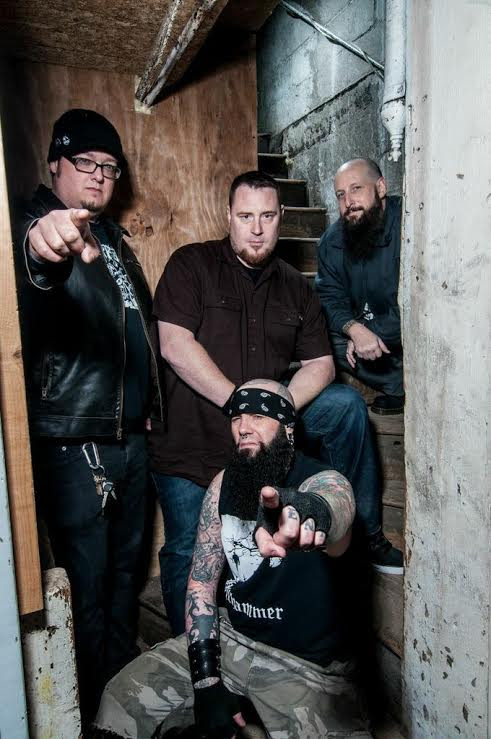 Long-running, Baltimore-based heavy desert rock/doom unit, SIXTY WATT SHAMAN, are pleased to announce their official union with California rock powerhouse, Ripple Music, for the release of their forthcoming new full-length. Titled Tabula Rasa and slated for release this Winter, the record will be tracked by J. Robbins of Jawbox at Magpie Cage Studio in Baltimore, Maryland next month.

Comments the band: "We are honored, proud, and excited to release our fourth album, Tabula Rasa, with Ripple Music, and join the incredible roster of such a fan driven, artist supportive and creatively freeing label. With our new material we have wiped the slate clean, the past is the past. It's darker and heavier than our previous efforts, with the energy and soul that made us who we were, and will always be. Brothers, climbing up and down that mountain. Toss genre tags around as you will, we're SIXTY WATT SHAMAN, and we're back."

In the meantime, SIXTY WATT SHAMAN -- vocalist/guitarist Daniel Soren, lead guitarist Todd Ingram (King Giant), bassist/backing vocalist Rev. Jim Forrester and drummer/backing vocalist Chuck Dukehart III -- will bring their blues-laden swagger to the stage of the The Opera House next month in Sheperdstown, West Virginia with Karma To Burn and RHIN. The following evening, the band will rumble the Empire in Springfield, Virginia as part of King Giant's record release show. In June, the band will quake pavement at The Maryland Doom Fest in Frederick, Maryland with additional onstage jam sessions to be announced soon.

SIXTY WATT SHAMAN delivers a varied repertoire of hard hitting groove rock and ethereal psychedelic jams. The band's influences vary from classic tube tones to heavy blues, southern groove, doom, and even the ghostly spirit of historic Americana and Appalachian bluegrass. With emotive impact as a center point in every song, from fully-amped hard hitters to the celestial space of acoustic tones, SIXTY WATT SHAMAN are true masters of all things heavy. With diverse musical influences and backgrounds, from punk, hardcore, and thrash metal to the distorted, fuzzed out, bands of the '70s to dark, experimental sludge, crust and noise and bluegrass, outlaw country and American southern rock, SIXTY WATT SHAMAN has become a true amalgamation of stimuli making for an uniquely undeniable "Sixty Watt Sound." Having spent the nearly two decades manifesting their own untouchable brew of creativity and power, this year SIXTY WATT SHAMAN are back to defy and erase categorical definitions and make their own brand of bad ass, American rock 'n' roll.

Further SIXTY WATT SHAMAN developments to be unveiled in the coming weeks.