A Ripple Conversation With The Crown 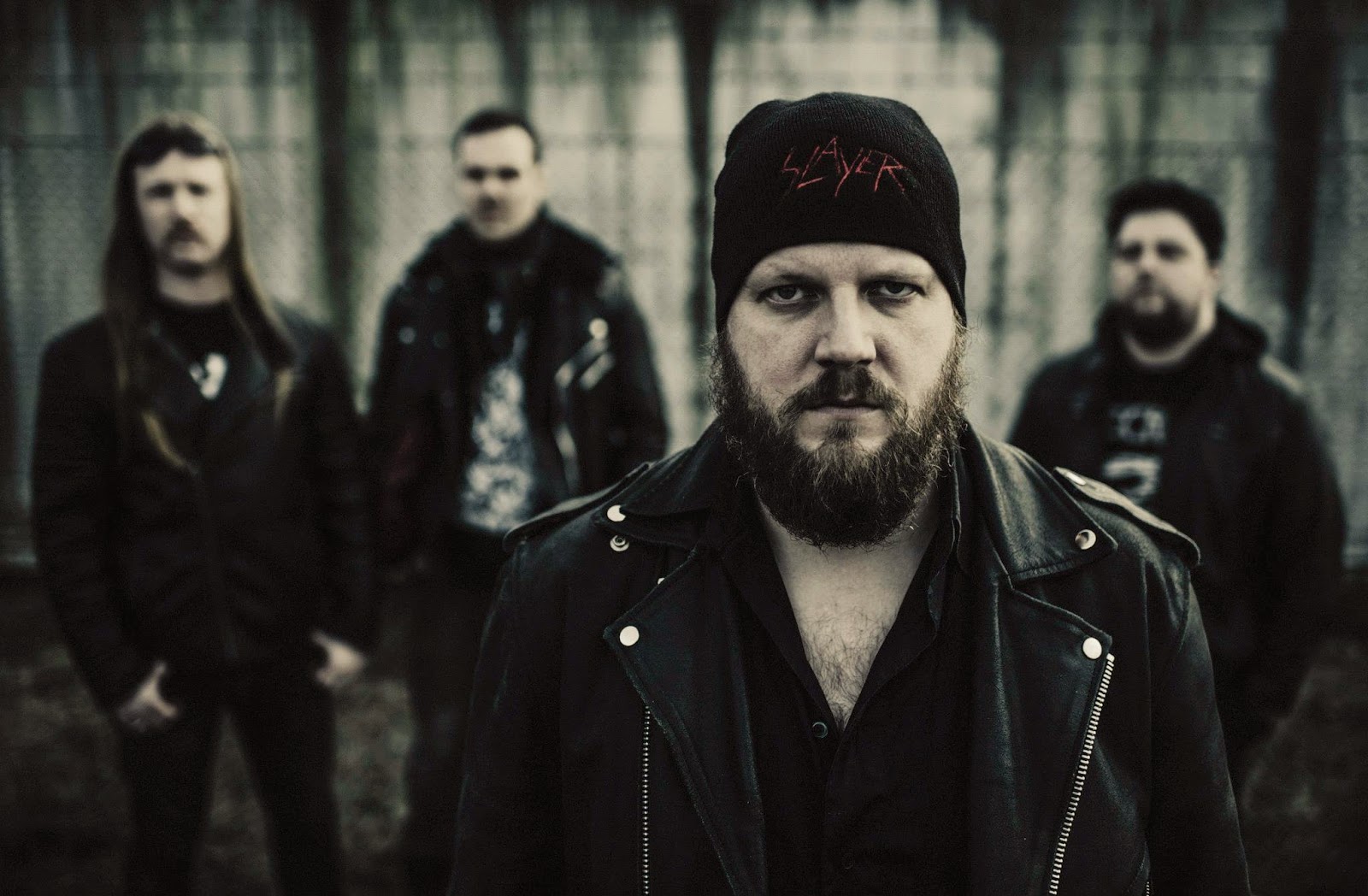 Earlier this year my favourite death metal band, The Crown, returned with their amazing new album 'Death Is Not Dead'. A long wait was over for us fans and to say they are slaying again is the understatement of a century, as they keep their legacy going while pushing the boundaries in moving forward. Yours truly has been elated beyond words ever since getting my hands on a copy of 'Death Is Not Dead', so when the opportunity arose to talk to bass player and one of the chief songwriters in The Crown, Magnus Olsfelt, it didn't take any persuasion at all to accept this invitation.

'Death Is Not Dead' is your first album in five long years, well long for your fans at least. What brought on this gap?

"Well, we seem to move within a different time frame than others because it didn't feel that long to us. However, we want to make the best albums possible which requires a lot of time. Also, we've had some line-up changes that took time to sort out. Plus, we are adults now with family and work commitments etc that requires our attention, therefore we can't work as quickly as fulltime musicians. But hopefully it won't take another five years to make the next album.

So there will be a new The Crown album?

"Oh yeah, we have a lot of new material written already, so hopefully we can start to record soon".

This is the first time The Crown has recorded without Janne Saarenpää and Marcus, how was it to do the album without them?

"They've meant a lot to the band, so we did ask ourselves how things were going to turn out. But I am very happy with what we have accomplished. Robin(Sörqvist), whom we've known for a long time, is an amazing addition and his style of playing the guitar and his personality has brought a lot of energy to the band. Just listen to his solos on the album, they're badass!"

Indeed they are Magnus. Also, I have to say that Marko Tervonen does an amazing job playing the drums! Was it hard to convince him to handle the sticks?

"That was the biggest challenge of all, but Janne suggested that Marko should play the drums in order to keep The Crown-feel, or sound, during the recording. Marko played drums on his two Angel Blake albums and on the first Impious demo, but to handle the sticks for The Crown brings it to a whole different level. So he went through six months of rigorous and intensive practicing sessions but he came out on top and did an amazing deed. And I agree with you that he succeeded beyond expectations especially since it was a crazy idea at first". 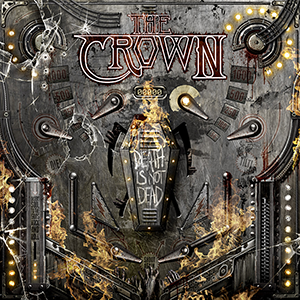 'Death Is Not Dead' definitely sounds like The Crown, but you have added parts of Scandinavian folk music into some of the songs, most notably the instrumental piece, 'Meduseld'. Personally I think this works great, what turned the band down this path?

"Thank you! I believe this became one of the highlights on the album.We've known Niklas Rimmerfors(he plays key fiddle on 'Meduseld') and his twin brother Patrik for a long time and Marko has produced their band Fejd. The brothers actually played at my wedding back in 2003 and I think this kind of music(folk music) seems to flow through them so naturally. Therefore it was a given to have at least one of them record with us, once we decided to go in that direction".

I also hear a return to your "old" sound from the Crown Of Thorns era. Was that a deliberate decision?

"Yes and no, well maybe not so much a deliberate decision but we are proud of the fact that we have played together for so long. So we wanted to show how this music should be done...the right way!"

What made you decide on including Paradise Lost's 'Eternal' and Sodom's 'Agent Orange' as covers, not to forget Napalm Death's 'Unfit Earth' from the single 'Headhunter'?

"Those are songs we loved when the band started and in the early 90's, we usually included a Paradise Lost live. 'Agent Orange' was one of the first covers we played at our rehearsal space when we had just formed. Napalm Death was also a big influence on us in the beginning, so it felt obvious for us to honour them." 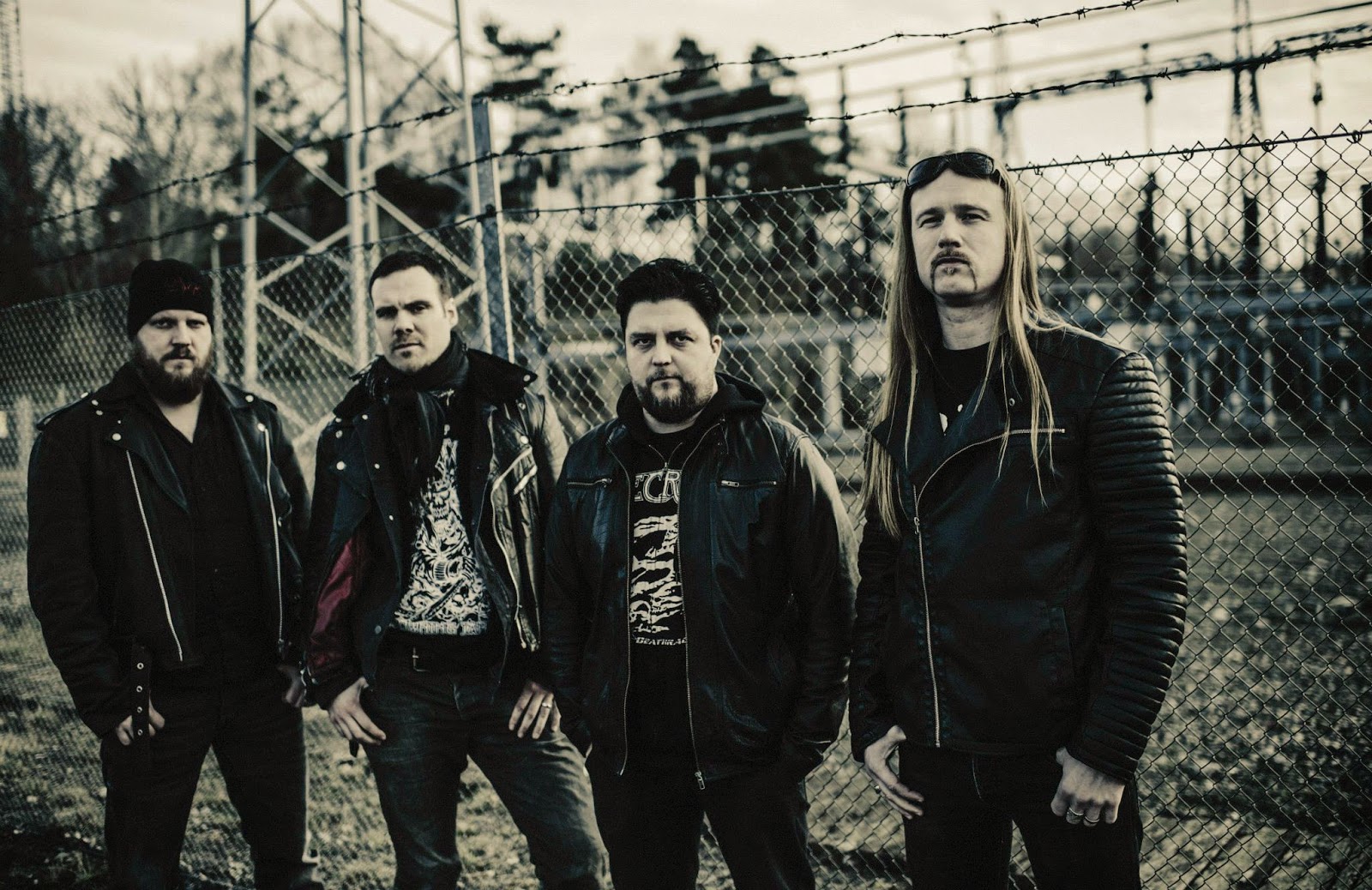 Henrik Axelsson who drums on 'Eternal' and 'Unfit Earth' has been tapped to be your toruing drummer...or is he now permanent member of the band?

"That's a good question! So far everything has been great and he is a fantastic drummer and a great guy, so I hope he will become a permanent part of The Crown".

You head out to Japan in April for a tour(which will have taken place when this interview is published). Are you going to tour Europe and the States as well?

"At the moment, we are only able to do a few selected dates per year. So far we have done the release show and played at Closeupbåten( a metal cruise) with the Japan-tour lined up, as well as an appearance at the Hellfest in France and at Vicious Rock in Trollhättan(the band's hometown), Sweden. Don't know yet if we'll do anymore gigs this year".

Where did you get the inspiration from to write the new songs?

"That's hard to tell. Nowadays we have all kinds of influences within us, built up through the years, so it's hard to point at any specific inspiration. Instead we went for feelings and emotions more than anything".

I have to say you sound very inspired and hungry and the songs moves with such ease. Was 'Death Is Not Dead' easy to record or did you have to push it and work hard?

"We worked long and hard creating the songs while the actual recording session went very smoothly, if you ask me. I think I did most of my takes in one day while Marko had it rough. After all he produced, played guitars and drums which he will never do again hahaha!

This brings our conversation to an end unfortunately. It's been a pleasure to talk to Magnus and I advise all you waveriders out there to pick up a copy of The Crown's out-of-this-world new album 'Death Is Not Dead'. Also, check them out live if you have the chance because absolutely crush on stage, just as they do in the studio. Don't miss out!