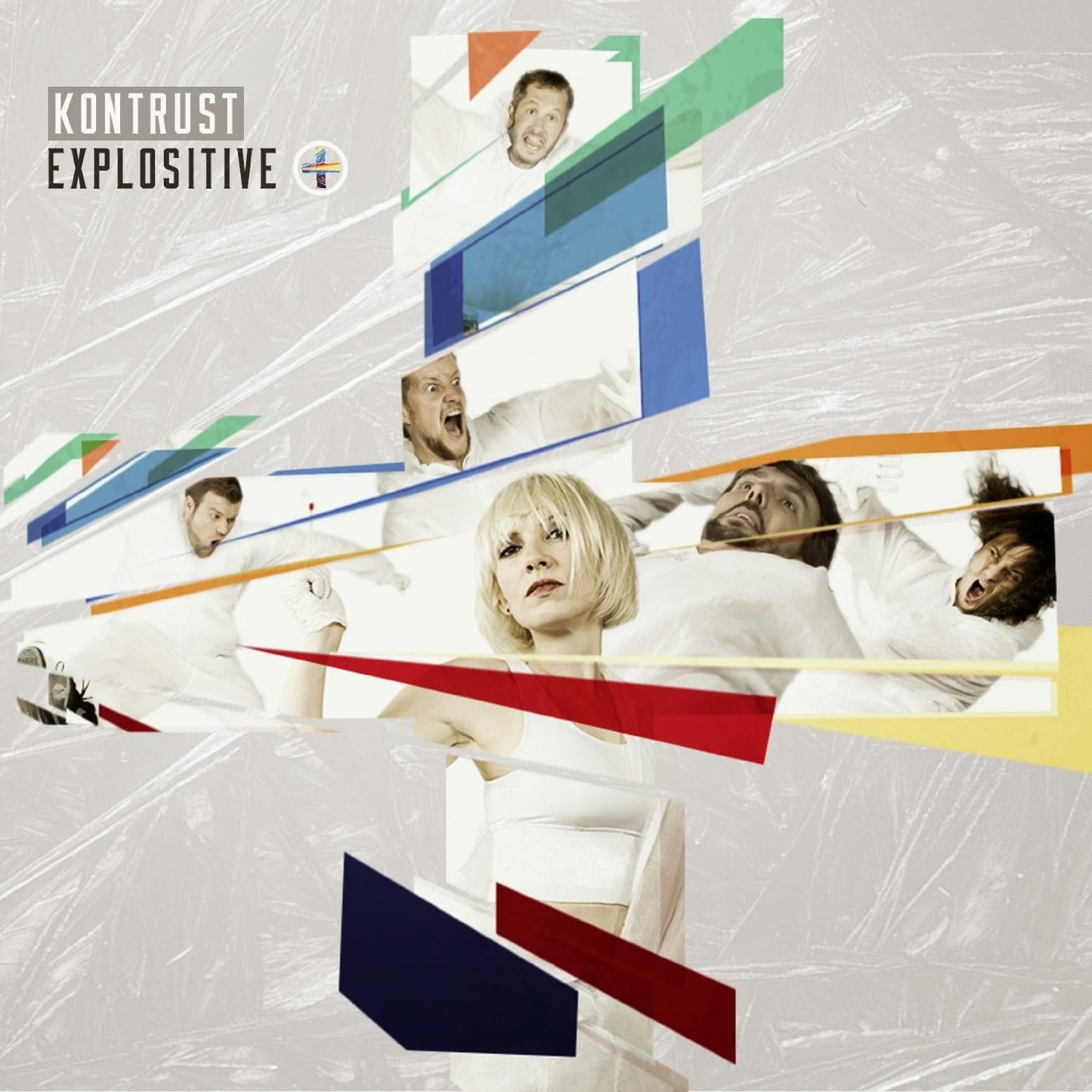 Waveriders I sometimes have to shake my head and resign myself to the fact that I am going to miss out on some bands/albums that I would have greatly enjoyed.  With the amount of music I sample that is simply an inevitability.  There are other instances however where I will reflect on my recent or distant listening past and wonder what exactly happened?  How is it even possible that I missed out on or glossed over 'band x'?  Kontrust is one of those bands.  Allow me to explain.

A couple of years ago I was sent a link asking me to listen to an album called Second Hand Wonderland.  I listened to the first song off the album, determined quickly that I was non-plussed, and proceeded to click on something else.  Fast forward to December of 2013.  I investigated an album called Explositive thanks to it's interesting title and eye-catching album cover.  I listened to the first song.  It was great!  The second and third tracks were even better!  What was the band's name?  Kontrust.

It took a few minutes for me to realize why I recognized that name.  Kontrust was the band behind that Second Hand Wonderland album which I had dismissed as uninteresting.  Palm meet forehead.  In my defense I have gone back and listened again to the first song off of Second... and I still don't think it's phenomenal, but it is an absolute travesty that I did not continue listening to the album.  One exposure to the song "Hey DJ" and I guarantee there would have been a writeup from yours truly.

What makes Kontrust special?  Let me put it this way.  A friend recently asked on social media who wanted to listen to new nu-metal?  Before I heard Explositive I would have said not me, but my answer in a post-Explositive world has changed into a defiant this guy!  What can I say?  The massive, highly distorted, bass-heavy sound that Kontrust regularly taps into pulls on my heartstrings and gets my head banging at the same time.  I'll even go so far as to admit that the metallic breakdown towards the end of album closer "Bad Time" is powerful enough to involuntarily bring a tear to my eye.

Also make no mistake, Kontrust is not simply a cookie cutter nu-metal band.  These Austrians root their music in the nu-metal sound, and then proceed to add layers of musicality on top.  Album opener "Dance" features a middle-eastern tinged guitar line and more of an electronica feel when not in full-on rock mode.  The wonderful melodic shifts in hard-hitting "Just Propaganda" help make the brutal riffing much more memorable and effective.  "This Is My Show" is folksy in a Germanic way and "Vienna" has classic heavy metal in it's genetic makeup.  Did I mention the fact that the two lead vocalists offer dramatically different deliveries?  No?  My mistake.  Having a female and male vocalist each putting their own unique stamp on each song definitely helps set this band apart.

Long story short waveriders Kontrust is a band that I wish I had been paying attention to before now, and Explositive is an incredibly enjoyable album that makes the space between my ears a happier place.  Now if you'll excuse me, I have to find out who supplies the band with their lederhosen.  If they make it to the US for a show I need to be properly attired.