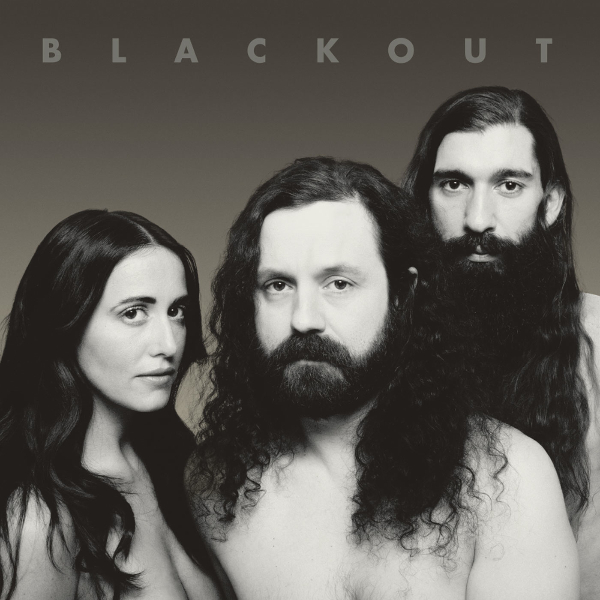 “It’s heaviness on a truly mind-imploding scale, and the most beautiful ugly music I’ve ever heard.”
The Sludgelord

Blackout was initially formed by guitar player/vocalist Christian Gordy and drummer Taryn Waldman at Gordy’s July 4th cookout in the Bushwick neighborhood of Brooklyn, New York back in 2011. Waldman, a former Hooter's waitress turned big time commercial film editor and Gordy; a one-legged bartender/artist/BBQ enthusiast were (by their own admission) something of an oddball couple for NY's rigid metal scene. Yet with no direction and zero discussion both connected instantly and instinctively began banging out massive caveman jams against a patriotic backdrop of food, alcohol and the stars and stripes.

In fact as far as names go, choosing Blackout – suggesting a power crash, sudden and temporary loss of consciousness or a mob hit on an entire family – was a total no brainer.

In the months that followed the pair recruited close friend Justin Sherrell on bass duties, and as things began to get louder and considerably heavier in November 2012 the trio entered Vacation Island Studio with engineer and producer Rob Laakso (Diamond Nights, Swirlies, Kurt Vile) to record their debut release We Are Here. Choosing to self-release the album on vinyl in early 2013 it garnered plenty of acclaim from some of the hottest blogs du jour and was praised for its Melvins-esque ferocity and pounding Sleep-like groves. “Blackout get it right, hammering jam after jam, pound after pound. The smoky swirls buzz with electric accusations and shock-therapy repressions.” (Heavy Planet)

Following an extensive gigging regime in, around and way beyond New York’s city limits with acts like Acid King, Weedeater and Trouble the band took to the studio once again in the summer of 2013 to record a body of new songs. Songs that strictly worked off the riffs spontaneously summoned during practice sessions where old material was revived, ideas hashed out and sounds reworked into the record you will soon hear in full. Songs that make up Blackout, the band’s eagerly awaited follow up and soon to be released revelation on RidingEasy Records.

Blackout by Blackout will be released worldwide on RidingEasy Records on 31st March 2015.