A Ripple Conversation with Andy Burke of No Slip Records

To make a long story short, brother Robert hit me up about the possibility of us starting up vinyl only release label because there were a few records he and I both wanted on vinyl that were unavailable. I'm a music nerd and a D.I.Y. musician myself, so I know the in's and outs and just about everything to do with music nowadays, so it's just putting a different hat on for me. Actually, it's a little easier, because I see things from both the owner and musician's side of things.

What motivated you? Why here, why now?

Personally, I've always wanted to start my own record label so I could release music/bands that I feel strongly about. After Robert, put the bug in my ear about it, I figured there wouldn't be a better time or person to do this with as he's all class and he has exquisite taste in music as well! My reasoning on the why's and the time frame are simple; the music business as a whole or well the stuff we're being spoon-fed by the suits, isn't very good at all, actually it STINKS! There's ZERO heart in it, I don't hear a song that makes me feel the way I felt when I first heard W.A.S.P. or The Rolling Stones. It's bought and sold to and for parents who aren't into raising their kids, but rather letting whatever is popular amuse them while the parents stick their heads in the dirt.


What's your prior history in the music world?

I've been around the music world/business in some form or fashion since I fell out of my blessed Mother's dress. LOL! Both of my parents were local hard working musicians; my mother was a lead vocalist in a traveling Gospel Quartet and my father was a Pianist/Vocalist in a Honky Tonk band. Naturally, I chose to play an instrument (Drums) so I've been playing since the age of 10. Nothing notable on a national level to mention band wise, but I truly enjoy playing every chance I get! Aside from that, I was a music journalist for years, I ran my own webzine, wrote for all the top labels, rubbed elbows with all the big wigs & generally got tossed aside when there wasn't anything else they could get out of me. I've been published in the New York Times, in various magazines and written blurbs for several album liner notes. I also worked for two independent Record Labels for a little while; Antidote Records and Fiendforce Records doing PR work and etc. 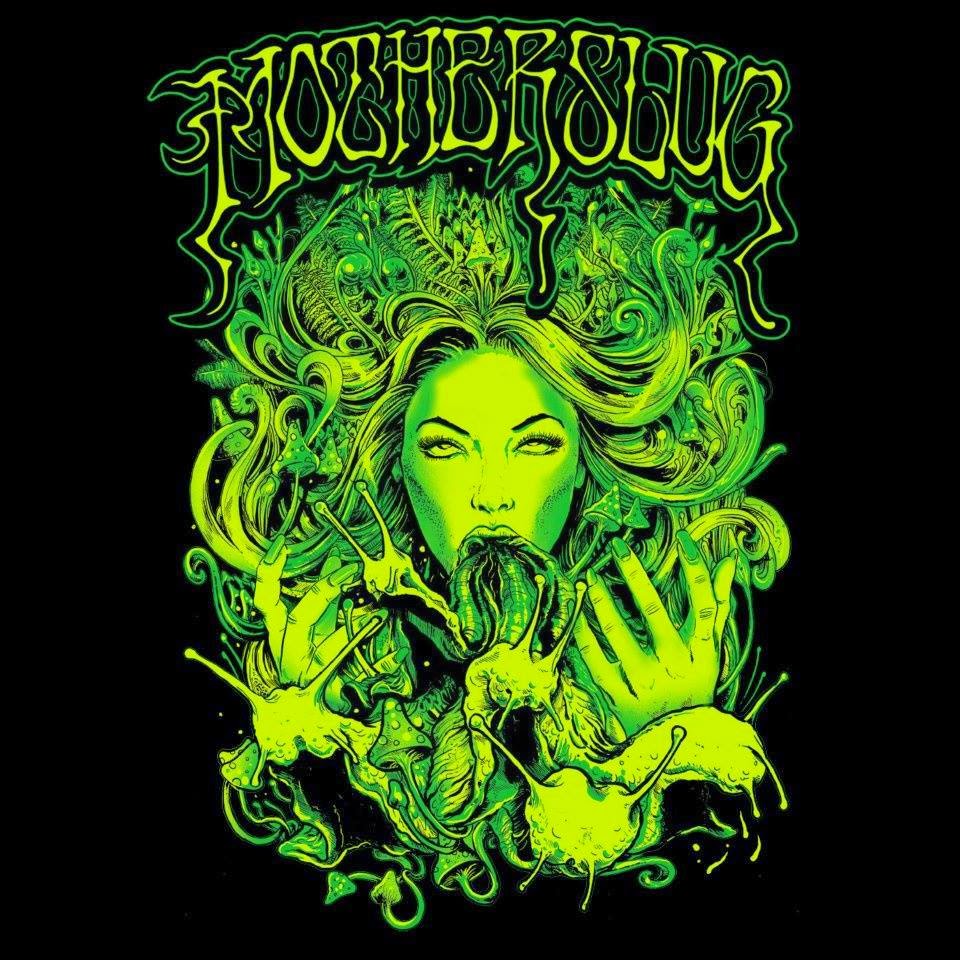 What will be your first release?

Our first release will be from a Stoner/Doom band from Australia called Motherslug. We're going to release both of their EP's on one record. I'm SUPER STOKED about it, they're a great band with tons of potential and they have a sound unlike a lot of today's Doom bands, it's not all smoke, mirrors and mind bending riffs. Now there's nothing wrong with that at all, I'm down with it, but these guys are definitely setting themselves apart from the crowd in my mind.

No special projects to mention at this time, just keep on releasing records we believe in! I did sign a new band today, but we'll keep who they are under wraps for now. I will say they're a Horror Rock band from the USA, who are making some serious noise in a genre that needs a serious kick in the ass!


Are you looking to tap into a particular local scene or were you aiming to capture a sound?

No, we're not looking to get into a specific scene/sound really as we feel it limits who we are as a label and individuals. Say we go into this doing all Doom/Stoner Metal, we might have a time where we feel pressured to release something we truly don't believe in just so we stay current, that's not our style. Sure we both LOVE Doom/Stoner music but we're also big fans of Horror Rock, Rockabilly/Psychobilly and I'm a stone cold 80's Sleaze Metal junkie. At the end of the day, music is universal and there's something for everyone out there and it's fine not to like everything. I'm super ok with someone who buys the Motherslug record hating the next release, but we hope they don't and they check it out! 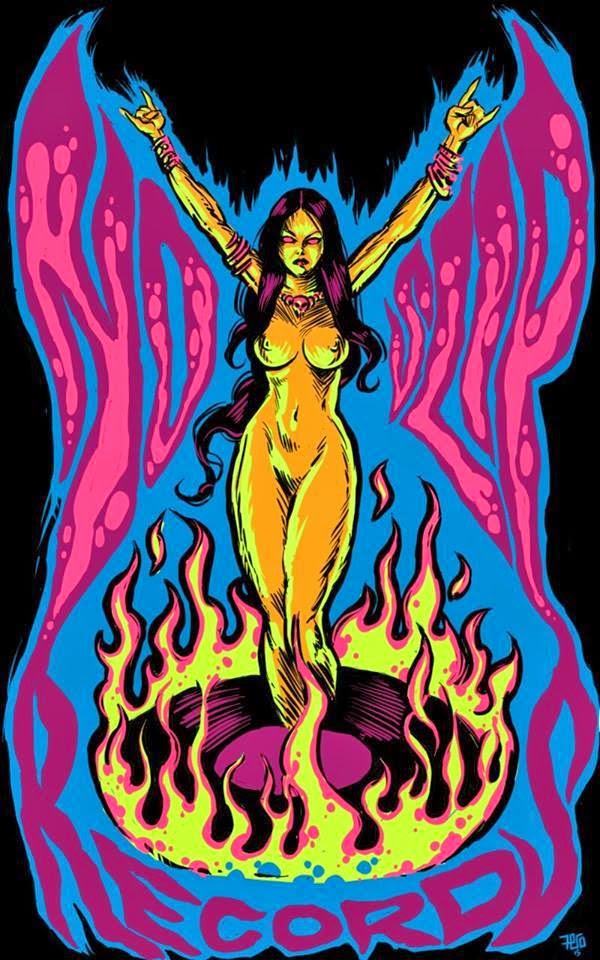 Tell us about the label Name and logo.

The label name is brother Robert's last name spelled backwards - Pilson. It was all his idea and we thought this was way cool and it took away any bad ideas we may have had on naming the label something generic and silly. The logo is something I came up with from bouncing ideas off of Tony O'farrell over at Rubberwolf? Graphics. I'm also a Horror movie nerd and I've always been a fan of Hammer Horror Movies, specifically the flicks where they have ritual killings/sacrifices of young and beautiful women. That sounds SICK, but it's not that I'm into the sacrifice/killing it's the Cult aspect, the ritual and the fact these women are super gorgeous creatures! I thought what better of a logo could we have than to mix the imagery of Hammer Horror with a gorgeous female. No, we're not practicing Occultist at all!


There's so much to learn about running a label, share with us some of the lessons you're learning along the way.

The biggest lesson that I'm learning about running a label is it's costly. You have to truly believe with every fiber of your being that this release/band is gonna work for all involved. I'm also having to learn to hurry up and wait. I'm so used to doing everything myself as opposed to waiting on people. This is a whole new experience, but I'm trusting the process and enjoying the wait like a kid looking forward to Christmas presents!


What changes do you see ahead for the music industry?

What will you do to stay on top of new and emerging technology?. We see a big resurgence in vinyl releases, it's happening right before our eyes at this very moment! I personally see the age of cd's dying out period, because the music stores are closing down because they're not able to stay afloat due to downloading and bad choices in music/artists/releases. Since we're a vinyl only release label, there's not much we can do to stay on top of technology, all we can do is release the best product possible and offer download codes for the faithful vinyl lovers of the world to slap on their phones/ipods to enjoy while they're on the go. Oldschool all the way!


What's the biggest challenge facing you today as an independent label?

Cost, distribution and reach are the biggest challenges we're seeing, but I don't worry too much with it as I know how to work a release from the time I spent working for record labels and my stint as a music journalist. Right the key word is Heavy, we're not that kind of label at all, sure we'll release Heavy music but we're not gonna limit ourselves in one genre at all, because as I said earlier we feel it'll limit what we can do. We're also looking at keeping our prices as low as we  possibly can to help move the merchandise, we're not looking at this as a great big money making scheme. We'll make our monies back, make some profit and the rest we'll put into the next release.


Seems like there are a lot of independent heavy labels emerging these days.  What will you do to set yourself apart?

We're pretty simple minded in what we look for in bands, is it something we want on to have in our collection and on our turntables every spare minute we have, if so, we'll start to think about it. And for me, I look for a band that's working and doing the best they can in their scene to sell themselves. You gotta have heart, love and zest for what you're doing or people will see it a mile away. It also helps if you're a nice person, I've no desire whatsoever to work with someone who isn't cool. LOL!


What do you look for in your bands?

We find our artist through everything and everywhere really. The internet is the largest tool and we use it to our advantage, but we're also into going and checking bands out too. It also helps that I'm a musician, I play with tons of bands and then we have truckloads of friends who turn us onto stuff.

At the moment we're not looking for anything really other than cool places/people to get record label swag manufactured.


Are you involved in all the creative decisions?

Label wise we are fully involved and at the end of the day we call the shots on that end, but we're totally open to the band's suggestions. Musically/art work wise we're not at all, we let the band's bring their best to the table and we go from there and work it out as a team.


What would you like to see happen for the future of the music industry and your label in particular?

I'd like for the music industry to hit the reset button and go back to the days of KILLER releases every Tuesday, regardless of the music genre. I want the heart back and I want the money/power hungry faceless execs gone! The next big thing isn't a kid from American Idol, The Voice or any of that nonsense, it's a band that's been paying dues for years and they're somewhere on a stage right now bleeding, sweating and laying their heart on the line for the faithful that showed up for a good time!


Last words to all the waveriders...

Look out for Noslip Records releases, they're gonna be from REAL artist and real people who's only intention is to bring you joy. Life's a Grave, Grab a Shovel And Dig It!