Weight Of The Tide - Epilogue 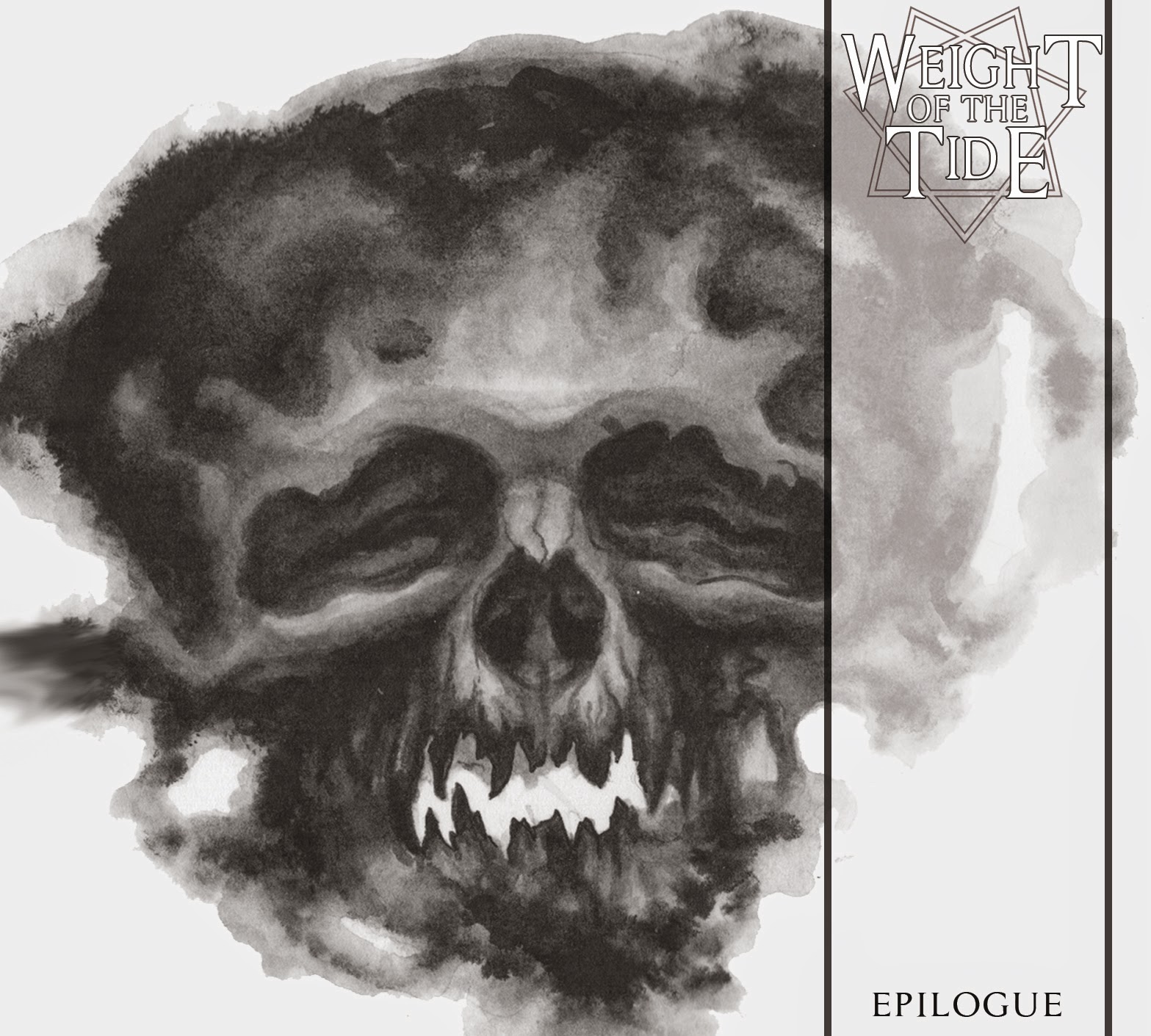 Epilogue has been a work in progress for many years as those who are hip to the local Reno, NV heavy rock scene are well aware of. Released December 1st, on Undergroove Records with production duties handled by Tim Narducci currently of Spiralarms and formerly Systematic as well as additional recording by Jeromy Ainsworth of ‘Drag Me Under’. The album, to us locals, is a revelation and to those around the globe I urge to give Epilogue a shot.

As the band could attest, sounding like a cross between Crowbar, Down, and Only Living Witness “on weed”, the 4-piece wastes no time unleashing the almighty riff on the opener ‘Ireland’ which falls in line with the dirgy, sludgy distortion of the Deep South. Vocally ‘Ireland’ almost sounds a bit overproduced compared to actually hearing Mark Moots, lead singer and guitarist, sing live. It’s probably the biggest fault I found on the album, which for most listeners you wouldn't know. So if the vocals come in a bit too squeaky clean on song one, don't let it bother you cause the dual guitar attack of Moots and Phipps will grind away any notions of doubt. Especially towards the end of the song as the weight of the tide pummels over your soul in riff form. Slowed down hefty licks smash down almost physically, crushing your stance like a steam roller idling atop your forehead.

'Proper Goodbye' takes the lead on song 2 with more slow churning chords packed with precise pounding of the drums by perhaps the best drummer in town, Jason Thomas, who has been with Moots since the early days with their band “December” that you may have heard of, signed to Earache Records. Moots vocals fade back into their organic state throughout the majority of the record and the rhythm section grabs hold and sets its hook deep.

The entire album is thick and groovy, with accessible and emotionally charged vocals throughout. If your head is not bobbing at some point in the album, especially midway through ‘Turning Point’, then you're obviously wound a bit tight and need to be greased up with liquor and smoke, or just a firm smack across the face. Phipps backup vocals soar periodically which add to the rock n' roll flavor present throughout. 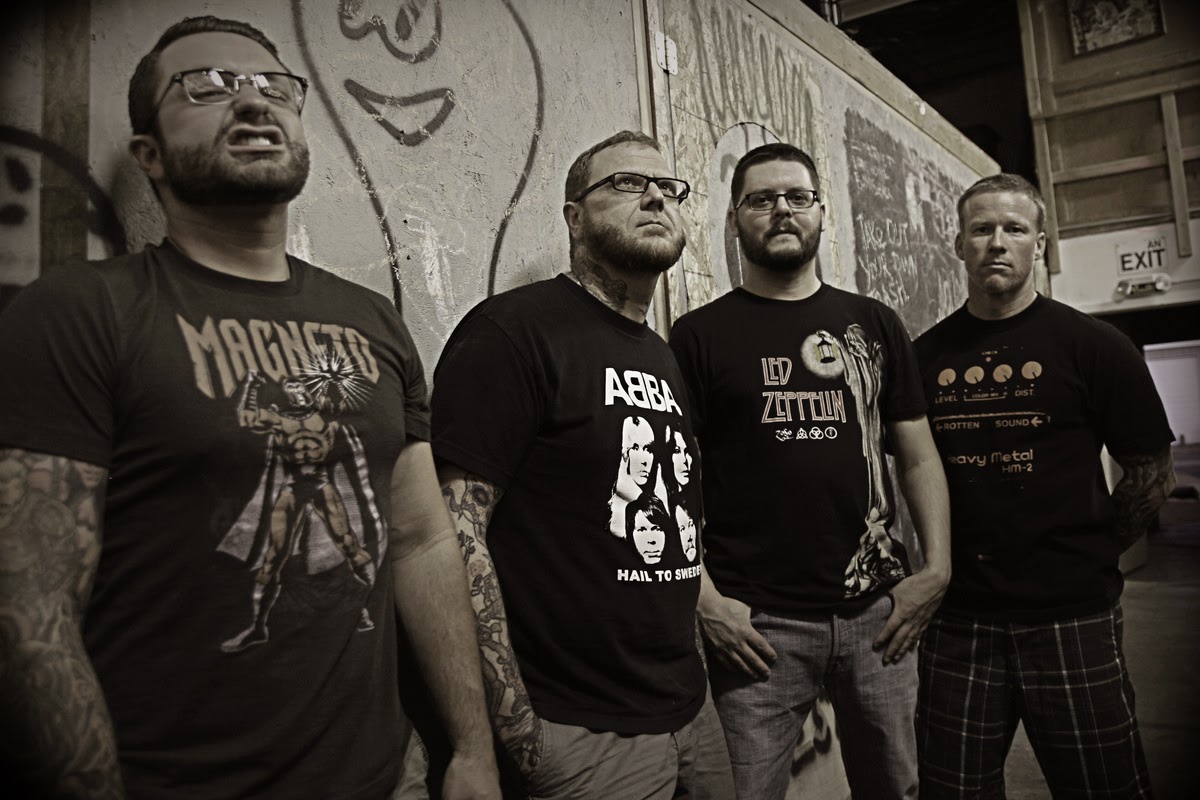 Marcus C. Mayhall may just be slapping the bass in his straight leg blue jeans, but the deep throbbing tones are enough to blow the buttons apart on a brand new pair of 501's. Watch out standing close to stage as you are liable to catch a button in the eye. Don’t forget your ear protection for the volume is loud and combined with periodic classic rock solo injections the distorted riffs hang heavily and melodically.

This band is deafening, vibratory and commanding in a live setting, I can attest to that, and the recording came out fantastic. Fans of doom, sludge, stoner, and melodic rock will enjoy ‘Epilogue’. One of the catchiest songs on the album ‘La Puerta’, fires up at song 6 of the 7-song 42 minute album, and ignites a fist in the air bro-hymn style classic rawk anthem. Crunchy rhythm, fuzzy bass, 70's era solos and drums ringing like death by firing squad skulls cracking along a battered wall, keep the energy levels positive.

I may be a bit biased having been heavily invested in anticipation for this album to see the light of day, but all in all I believe it turned out great regardless of my notions, and deserve to get some positive exposure outside the hometown market, which we all know can be like a vortex at times. CDs are available through Undergroove Records Big cartel, personally from the band and digital and streaming outlets due out soon. Check them out as at this point I don't think the cat is out of the bag in all sectors of the underground. It's still your chance to hear the greatness of Epilogue before they go platinum and tour the world. In all seriousness though I saw them open for Eyehategod and for my taste, they blew them out of the water. Go listen, come out to a show and be prepared to be crushed by the weight of Weight of the Tide!!