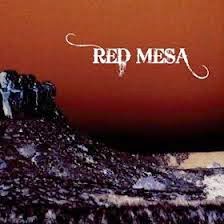 Red Mesa comes at us from yonder down the mountain atop the deserted mesas of New Mexico. Like their band name, Red Mesa instills a sense of high desert haze within a rather varied psychedelic-stoner/doom landscape. I, for one, have a sweet spot for heavy music reminiscent of a lonely desert highway; begging for maximum volume with a high octane, pedal to the metal attitude.

Clocking in at just over an hour in length this debut album is testament of time and keeps you on the edge of your seat the entire duration urging repeat listens. Often times albums over the 45 minute mark suffer from excess fat. Red Mesa, however, seem to have the endurance to maintain full attention throughout with a range of different styles flowing seamlessly within one another.

The album starts out with a song called Self Destruction which unleashes a whiskey drenched snarl of desperate lyrics backed by stoned out rocking fuzz. Before its end the almighty blues-based metallic solo introduces itself and later closes down with the same rumbling riff that started things off.

One Percenter blazes a salute to Monster Magnet adding a spike of punk rock to the spacey groove. Head banging chorus runs with backup vocals matching your already peaking perma-smile.

Low and Slow circulates more sun-soaked riffage which glazes into the southwestern spirit world. Low, slow, and hypnotic groove bury the mind in astonishing fashion as the illusory solos and bone chilling vocals palpitate to the beat of a blazing spliff ringing into serenity. Scorching solos stretch slowly amongst the colossal riffs as the golden vocals chop through the night.

Sunface blisters your skin with dreamy atmospheric rays of stoner riffs. Vocals drenched in reverb and guitar toned with sinewy luster and melody mesmerize you into a state of ecstasy if you weren’t already high as a kite.

Warcall calls forth a bit of metal to the psychedelic dance. Ranging anywhere from Dave Mustaine psychotics to the prominent Dave Wyndorf croon the music treads across the dunes like a steel horse outrunning a freight train. Red Mesa engineer a soundtrack fitting for a satellite viewing of a desert massacre with a slightly less extraterrestrial version of Monster Magnet and an emphasis on sinister tones backed by Sabbath-like shreddage.

The 17-minute title track comes at us around the midway mark of the album taking you on a journey across the haunted wasteland, at night, with a bag full of peyote and fistful of blues. Eerie melodies wrap a sludge-soaked guitar wale as the timely doom-laden vocals spew terror and confusion. Like Sleep’s ‘Dopesmoker’, the sprawling display of distortion echoes across the barren culling the attention of all fans of low-down dirge-y doom. Although the song is over 17 minutes long it doesn’t wear out its welcome, and actually it reinvigorates the anticipation for what more the album can possibly throw at you next. It’s a chilling and gruesome break from an already highly engaging listen.

As the title track comes to a close, like the last grain of sand forms the tip of the dune, Revolution Coming soothes the soul with an added dimension of dementia, as if Neil Young and Axl Rose sat around a campfire amidst an oncoming desert storm destined for eternal peril. Spine tingling harmony overwhelms the senses as the album sinks into another jam session of godly doom. Sky Groove scrapes the sand from your ears as the clouds disperse and the light reveals an oasis of hope and fantasy. Aptly named it fulfills a groovy tempo throughout its instrumental prowess much like Nugent’s Stranglehold grabs ahold of the listener.

The album closes with a fun song called Poontang Shake which brings the rock n’ roll full circle. Elements of rockabilly even show their tattooed faces on this good time closer with a deep backing vocal chop. Riffs are mighty as the harmonica blows the dust off your hat brim, and begs for ice cold beer. What a fantastic closing to an epic album.

Red Mesa takes you on a journey through the desert utilizing elements of stoner, doom, punk rock and psychedelic fuzz to mimic a hallucinogenic trip without even taking any drugs. What more do you need? With this amazing debut album under their belts, the future is wide open, and I encourage you all to take a listen and keep your eyes out for Red Mesa down the road. This is some fantastic stuff!!

Thanks for the introduction. They sold at least one cd because of this. :)

Thank you for your feedback. Glad you checked it out. You will not be sorry!!! :)