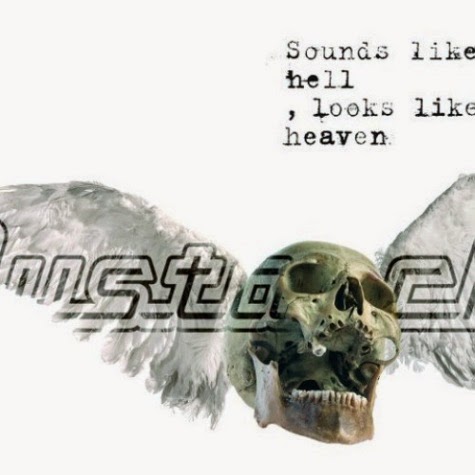 No matter how much your musical tastes lean towards the experimental and the weird, there comes a time when all you want to listen to is something familiar.  I'm referring to music that fits you like a tailored suit.  This is music that poses no mystery.  It simply sounds right.  Sounds Like Hell, Looks Like Heaven from Mustasch is exactly that type of album.

Mustasch is a hard rock/heavy metal band from Sweden.  SLH,LLH, the band's seventh album, was released in 2012.  What does the music sound like?  I'll tell you.  Much of the album provides a glimpse at what Wiseblood-era Corrosion of Conformity would have been if that band had Ian Astbury of The Cult as their singer.  In case you were wondering, they sound fantastic!  The songs kick you in the gut with powerful guitar riffs, and stick in your head with memorable vocal hooks.  SLH,LLH is not earth shattering, it's just great!

Bottom line?  This album is comfort food for the hard rock, classic metal fan.  From album opener "Speed Metal" to the closing statement of "I Don't Hate You", SLH,LLH is a nonstop thrill ride. Get this album waveriders, get comfortable, and get happy because you're in for one heck of an aural treat!

Side Note - Their wikipedia page reports that the band chose their name because many of their musical heroes, folks like Tony Iommi and Freddie Mercury, had moustaches.  How awesome is that?