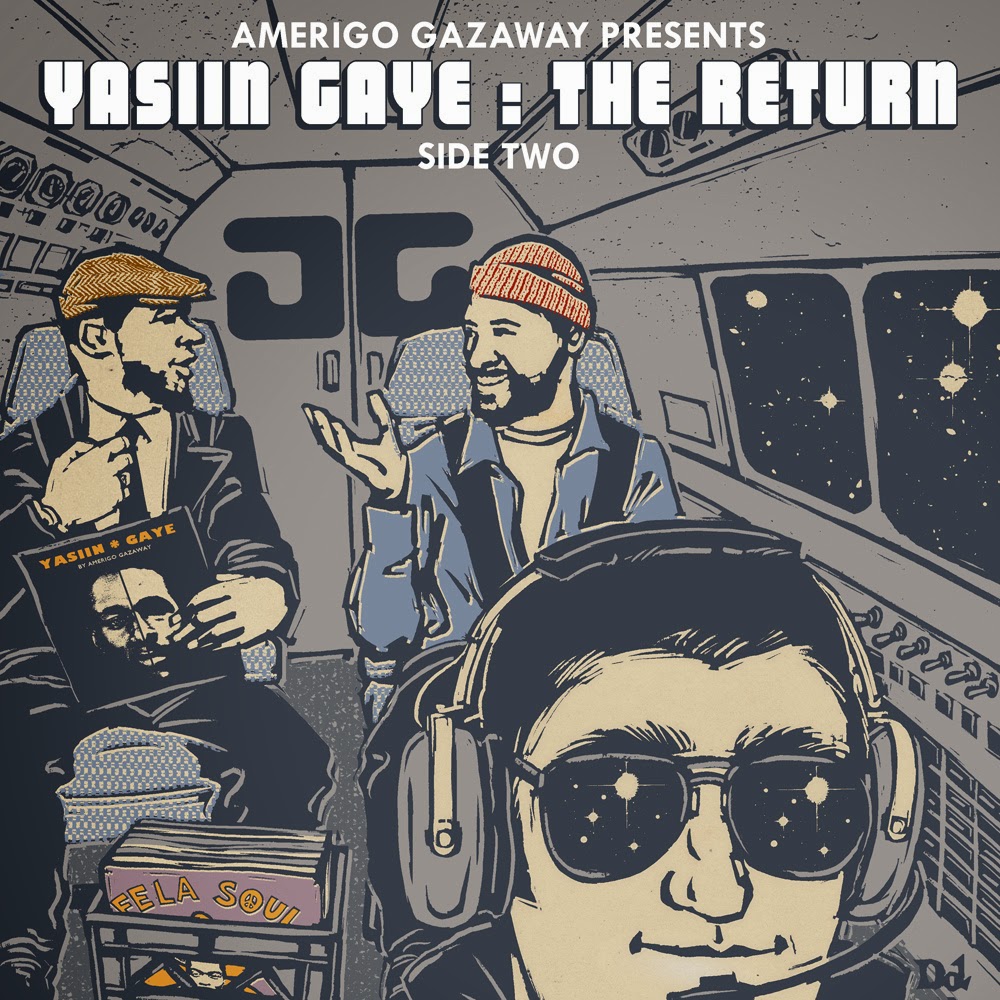 Greetings waveriders.  I've found something to enrich your listening life that needs to be shared immediately.  Why the urgency?  Simple.  I don't know how long this music will remain online before the artist responsible will receive a cease and desist letter forcing it's removal from the interwebs.  No, I am not pulling your leg.  As a rule the powers that be don't like mashup albums containing material they own.  Thus there is a time limit on Yasiin Gaye - The Return (Side Two) and I don't know when the final grain of sand will fall through the hourglass.

I'll be totally honest folks.  I like musical mashups.  Hold on.  Let me add some qualifiers onto that last statement.  I like musical mashups that work well and that don't tarnish my memory of the original works.  Amerigo Gazaway is a master of the mashup.  I first discovered him when I ran across his Bizarre Tribe album which mashed together songs by The Pharcyde and A Tribe Called Quest.  Before that he had released an album called Fela Soul combining Fela Kuti songs with raps from De La Soul.  What impresses me to no end is how each of Amerigo Gazaway's compositions are utterly seamless.  It is truly stunning, and never more true than on Yasiin Gaye.

Yasiin Gaye - The Return (Side Two) represents an imaginary collaboration between Yasiin Bey aka Mos Def and Marvin Gaye.  Actually this is the second album released under the YG name, hence 'The Return'.  Whereas the first mashed together Mos Def raps with Marvin Gaye's songs, this sequel of sorts mashes Mos Def vocals with songs that Marvin Gaye produced.  The result is incredible!  Did I mention that you can grab this album for free off Amerigo Gazaway's bandcamp page?  No?  How careless of me.  I'll just leave this linked player below...