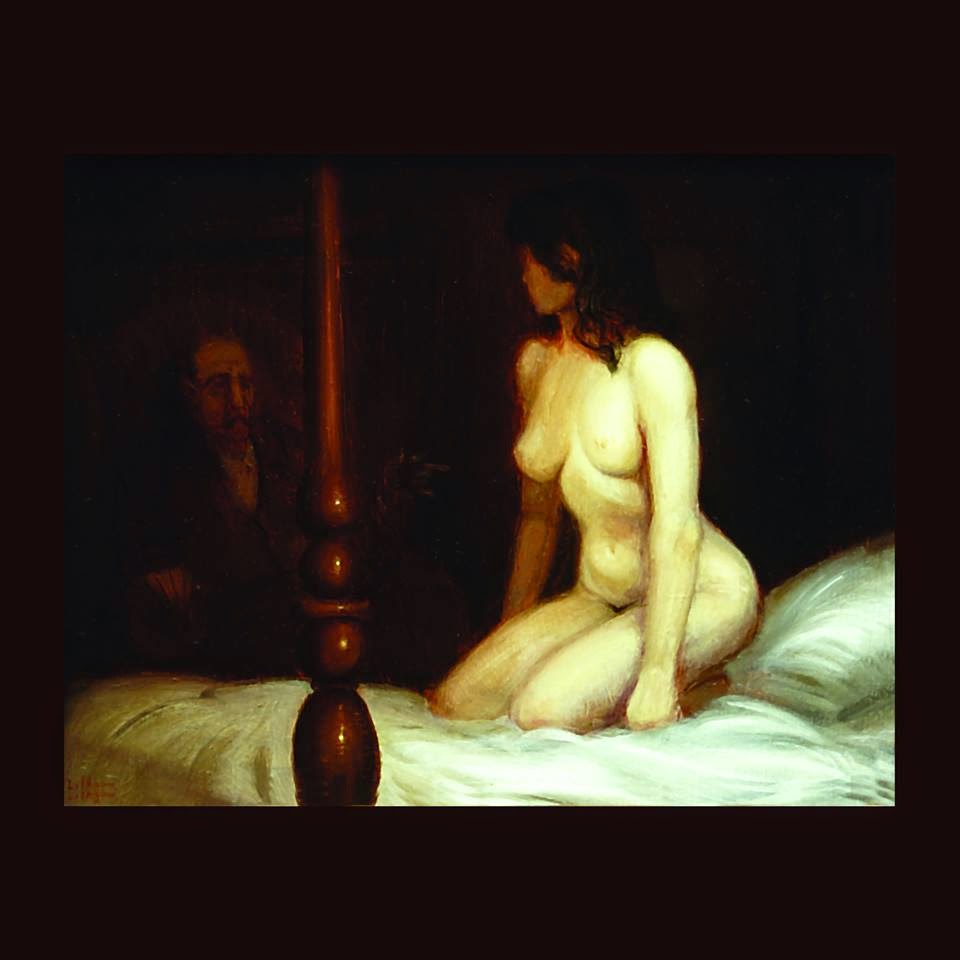 Portland, Oregon is home to many great heavy acts of music. Die Like Gentlemen bring their own little twist to the hefty sounds of the hippy state with immense progressive sludge metal riffs set to the tone of mid 90’s era hardcore/grunge or something along those wicked lines. The vocals really shine exhibiting an aggressive melody without coming across as abrasive. The controlled pitch varies from loud to deafening with morose lyrics that are actually sung not just shouted like the kid who grunts in the corner of the gym pumping himself up to go front his local hardcore/death metal band later that evening.

“Unstoppable” starts out kind of thrashy and rebellious, with drawn out, raspy introductory riffage. Soon enough, the muscular chops drop and immediately morph into shrilling bellows of bass heavy, progressive metal poundage. Intricate, yet understandable strums of the guitar slam your backbone like whip on lash and haunt your senses like death on a gentleman's coffin. Before you can even get to the door, "Ahrriss The Wizard" blows them apart with a lumbering calamity of noise, making a gentleman's duties rather deathly ill.

“Animals of Romance” maintains the proggy doom atmosphere with noodley strokes of the riff canon. Beefcake metal prowess dominates the microphone, resonating deep and voluptuous like Glenn Danzig on Viagra, before ending with a sultry little lullaby to keep your anxiety tempered.

“Stray Demon” carries on the mammoth riffery and palpitating drum leads. At this point it's hard to distinguish what genre to really classify these gents as. There's no denying the music is rooted in heavy sludge metal, yet it begs to be included amongst the progressive doom and hardcore crowds as well. Perhaps the band’s name “Die Like Gentlemen" insinuates tough guy relations with possession of a gentle at heart persona directly reflecting in the music by design. It's definitely got the fortitude and outward appearance to intimidate anyone it its path, yet there is a latent comfort seeded within its masculinity. Five Easy Lies, like its predecessor, drips with heavy volume and enough groovy texture to root itself deep into the pit of the underground masses. Upon multiple listens I kept getting reminded of a certain band I used to dig but I couldn't recollect whom. I think it was the vocal tone that felt nostalgic, but the amalgamated slow-churning and hypnotic riffs cemented a spot into my heart.

I adored the first album, Romantic Delusions of Hell, also clocking in at 5 songs and over 30 minutes in length. Five Easy Lies, expands its sludge metal roots deeper into the grungy, doom lair, as if Black Sabbath and Danzig locked themselves in a basement, got high and listened to Tool for inspiration on a collaborative effort and produced a record. The progressive penchant of Oregon sludge seems to be an organic product of the Pacific Northwest these days among other bands such as Sioux, who effectively incorporate progressive metal into sludge and doom . Whether you were already a fan of Die Like Gentlemen or this is your first exposure, I highly recommend you jump on the wagon and snatch up their music. At this point they still have limited run of vinyl from their debut and the new one will be available online January 4th. Check out the first single off the new album, "Ahrriss The Wizard"  below on youtube and head over to bandcamp to grab their debut on vinyl limited to 100 hand numbered copies before they’re all gone.