A Ripple Conversation with Bone Man 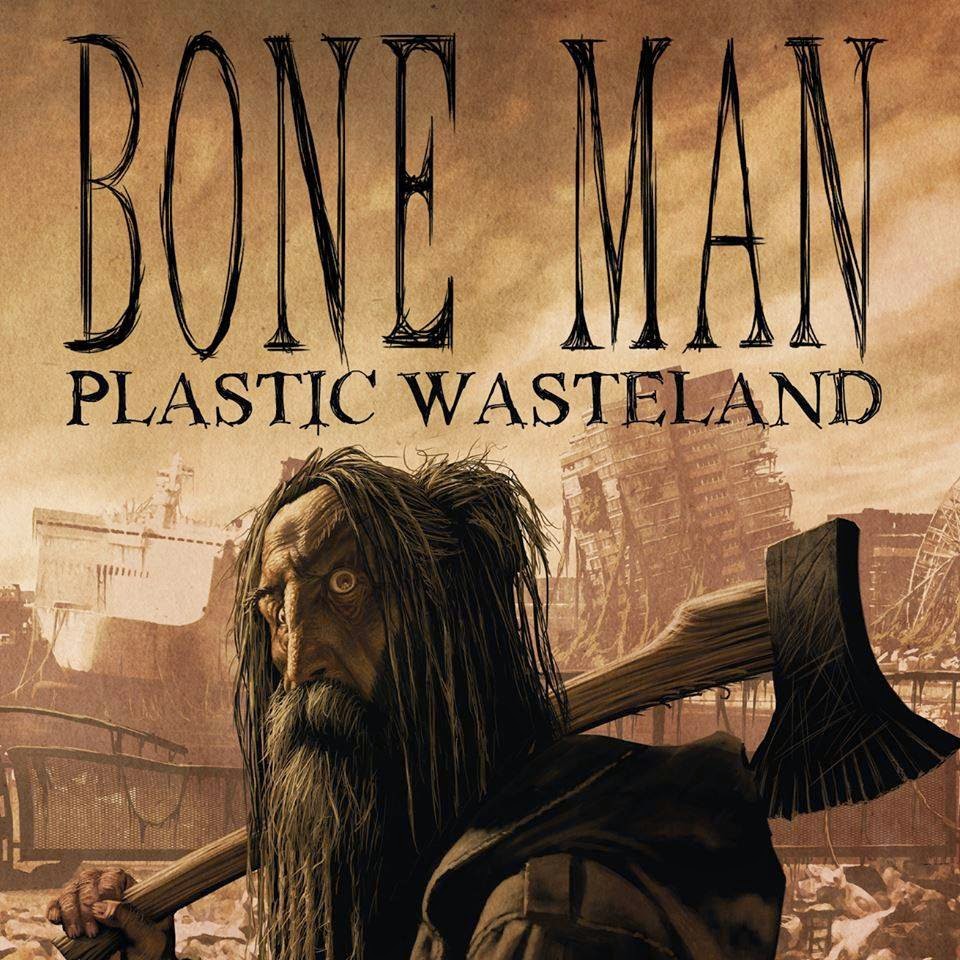 These cats blew me away last year with their debut, now Pink Tank Records unleashes their follow-up and it's destined to become a classic.  Bone Man.

Marian: I grew up listening to mostly classical and folk music and film scores as a teenager, when somehow Nirvana’s In Utero fell into my hands. Initially, I was put off by the track list (there was this song called ‘Rape Me’ and I was sure I wasn't into rap music…), But when I finally broke through my early doubts, this kind of raw, aggressive, dark, cynical, life-negating energy within the music turned into my first musical revelation.

Ötzi: My first musical epiphany as a teen came with Lagwagon, they just blew my mind with the melody work they did, as well as with Pantera, their sound was just more powerful than anything I had heard before.

Bone Man: There’s certainly no strict order in how a song comes into being - mostly it starts with a riff or with jamming, and the ideas eventually turn into a piece of music. In most cases, the lyrics follow at last, trying to fit the general mood of the piece.

Marian: Personally, as a teenager I was influenced by a lot of the more noisy, dirty and weirder bands that blossomed and withered in the second half of the last century. Later, I got into ambient and soundtrack music. Still, it’s hard to tell who really had the greatest influence on my musical striving.

Marian: This band is mostly about the darker shades of human nature, partly introspective, partly cynical – failure, weaknesses, the imperfections of man, the low causes people choose to fight for. Just how people never fail to amaze and repel me, they are a never-ending source of inspiration. Furthermore, we try to work on ourselves and to continuously develop our sound.

Marian: Our city (Kiel) is certainly not the hub of the world. It’s a somewhat silent, somewhat unsettled place at the Baltic sea. For the most part, we have our problems getting along with the the general mentality of main Germany, we’re a little bit trapped in the no-man’s-land between Hamburg and Scandinavia. This may have a certain influence on our music, but all in all, people tend to have the same problems pretty much everywhere.

Marian: I have always been fascinated by bones, carcasses, dead matter and the like as a very strong symbol of «the way of all flesh». Still, this is not a dull fascination with the morbid, I rather see bones as a symbol of life, since death is an intrinsic part of life and thus nothing to fear. So, «Bone Man» has something dark, rotten, cynical to it, Albeit not in the grim death metal sense, but with a certain love of life.

Marian: I guess I’d go for a movie like «Valhalla Rising», «Into the Wild» or «The Seventh Seal», but on the other hand, we think our music would be unsuitable for most soundtracks - trickling in the background would do our songs no good.

Marian: Honestly, I could write 1,000 word essays about so many songs, I cannot really pick one. But I guess it wouldn't be a rock smasher, rather something delicate.

Bone Man: Our music is no party music. It may be catchy and hooky sometimes, but what we want the audience to feel is the same anger, the same sorrow, the same sarcasm, the same emotional state we were in when we wrote the song.

Come on, share with us a couple of your great, Spinal Tap, rock and roll moments?
Marian: Our first Italy tour a couple of years ago was more like a crazy road trip than an actual tour – but made into a film it would be quite entertaining. And last year while touring Norway, I got electric shocks, got burned by a flying cigarette, caught a 104 °F fever, and got almost smashed by a collapsing PA tower, all in a row - but who’s Spinal Tap anyway?

Bone Man: We play a lot live and the experiences differ from awkward (sometimes you just end up in front of the wrong crowd) to tremendous (when you end up in front of the right one). And of course sometimes you have a good flow and sometimes not. But one thing is for sure, unexpected things happen almost unexpectedly, especially when the stage situation sometimes escalates towards the end. At times instruments get airborne or the audience enters the stage.

Bone Man: You have to able to lose yourself in it, that’s the most important part before anything like cool grooves, melodies, catchiness and the like.

Marian: I don’t remember the very first song I ever wrote, but one of the first songs of Bone Man was ‘Bad Fashion’, which is until this day a steady part of the live set - nearly the only one that survived the whole curriculum vitae of the band.

Marian: Again, hard to tell. With Bone Man, we wrote a couple of good songs and a big heap of bad ones was well. I personally think I’m especially satisfied with the a-sides of the last two albums. And still, as always, the ultimate album has to be written.

Bone Man: We spontaneously would name John Frusciante or Propagandhi.

Marian: Since I’m a child of the digital age, I am content with digital files for everyday use, because I just record digitally in my home studio and am used to it. On the other hand, vinyl has a haptic quality to it that is without equal, and a fine vinyl collection is something you don’t acquire in one day.

Ötzi: I’m completely into vinyl, because in my opinion it has the better sound and the level of appreciation is way higher, compared to off-the-shelf CDs.

Marian: Whiskey and beer is both fine at times, but we prefer self-pressed apple juice.

Marian: As mentioned earlier, our hometown is the infamous city of Kiel in Northern Germany. You should, whenever you manage to visit this forsaken stain on the map, not miss to check out the VINYL SALON - they feature the choicest bits of the black plastic you can find in these parts.

Marian: Concerts and recording – we plan to do a split record with the renowned outlaws of BURN PILOT from Bielefeld, Germany. You should check them out as well.

Marian: Well, thank you for indicating interest.
Posted by The Ripple Effect at 12:30 AM