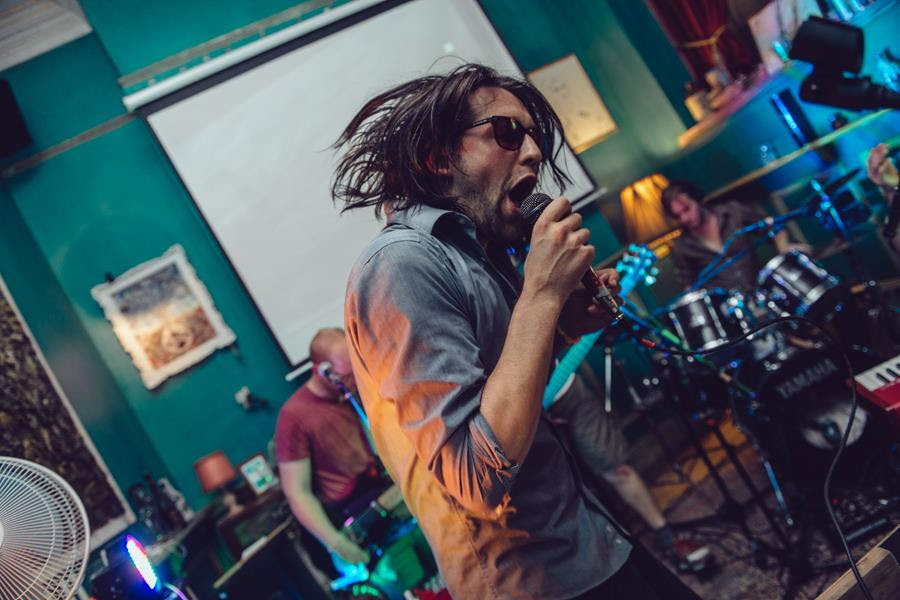 What the World Needs Now Is, is positioned as part-anthology, part debut album; a cornucopia of sounds from the willfully eclectic output of the Grubby Mitts past and present.  The record is deliberately incongruous, with ambient electronic pieces juxtaposed with pop songs, string quartets, spoken word and a children’s choir and school orchestra.  Often one line refrains are repeated and layered in an attempt to grapple with vast sentiments; such as the single “To a Friend’s House the Way is Never Long” and the Gavin Bryars’ esq “We sat together the mountain and I until only the mountain remained”.  Other tracks include a triumphant, joyous anthem (“Standard”), a curious re-working of an old English poem (The Unquiet Grave), a song that changes genre part way through (Bubbleblower), lounge jazz (Lenny), English pop (Home at Last) and songs that seem to build as much around lists as lyrics (Pessimism of the Intellect, Worm of Eternal Return).

The bands sound is constantly changing, trying to reflect an experience of pop music after dance music and after ‘iTunes’.  Unusual sound-sources abound; the sound of a marble dropping down a child’s toy (Last Stop for the Good Old Times), bicycle wheels, coffee pots bubbling, snippets from cartoons, detuned radios, and jazz records all compete with live drums, drum machines, an array of woodwind, guitars, piano, synths and home-recorded string quartets.  The band have even published a manifesto calling for Maximum Irony! Maximum Sincerity, and this record perhaps reflects this sensibility.

The band all share the vocals, taking turns to avoid the hierarchy of a lead singer; with Holden taking the spoken monologues and Illingworth the pop numbers, and often the whole band singling in unison. However, despite all the constant morphing and contradictory approaches there are moments where the record attempts to just be straight forwardly moving. The school choir sing “Goodbye if you call that gone”, a track written after the death of the band's close friend and collaborator, Dan Cox, in 2011, and Illingworth’s refrain of “Whatever else I am, I am not in your arms”, sees the band conceal some very bleak moments amongst the numerous playful and joyous rallying-cries.

The debut single, To a Friend’s House the Way is Never Long, found its way on to BBC 6Music and was described by Drowned in Sound as “a thoughtscursion… oddly moving and hypnotic… only a churl could object”, The Devil Has the Best Tuna describing it as “quirky, affectionate, affecting and sounds like The Polyphonic Spree if they'd been brought up in a council house in Croydon.” The follow-up single, Standard, was championed by Steve Lamacq and Tom Ravenscroft on BBC6 Music.  The Guardian described the band’s music as “…Wonderfully sad, with huge conviction and emotion”, and chose Andy Holden and the Grubby Mitts as one of ten ‘Rising Stars of 2014’.  Last Summer the band collaborated with Damo Suzuki formerly of Can, and this Summer they toured the UK performing ten shows at artist-run spaces, choosing community run non-profit spaces from Plymouth to Edinburgh in which to stage their multi-projection live show.  Members Johnny Parry and Roger Illingworth (Buzzard Lope) have released seven solo albums between them, guitarist James MacDowell has recently published his first book (The Happy Ending in Hollywood Cinema) and Andy Holden has had exhibitions of his artwork all over the world, including a solo exhibition at Tate Britain, London, in 2010.
Posted by The Ripple Effect at 12:30 AM

Email ThisBlogThis!Share to TwitterShare to FacebookShare to Pinterest
Labels: dance music, pop music, The Grubby Mitts, To A Friend's Hosue The Way Is Never Long, What The World Needs Now Is The Grubby Mitts