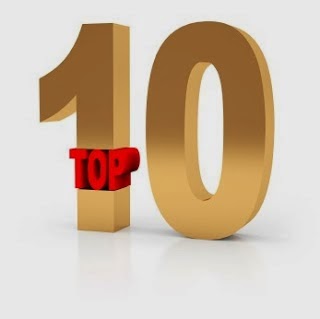 For most of the year I've been thinking about my Best Of-list only to be rushing to complete it as the deadline approaches...as usual. I love Best Of-list just as much as I dislike them. Why? Because I always forget to include albums that should be there but the older I get, the quicker I lose track only to realize after the fact what should have been included. Oh well, here goes my favourites of the year at the time of remembering.  There is a first for me regarding lists like this. The top spot is shared....has never happened in my anorak world before!

1. Pale Divine - 'Cemetery Earth'(Reissue)
- Those who know me and my musical tastes know Pale Divine is one of my all time favourite bands. So when Shadow Kingdom Records re-released their amazing 'Cemetery Earth' as a double CD, yours truly just about had a coronary. Long out of print, the album is available to a wider audience again and rightly so. For a completist like me the second CD is full of demo outtakes as well as some live songs. Best of the year along with a Canadian duo.

1. Zaum - 'Oracles'
- Completely unknown to me, this Canadian duo absolutely blew me away with their debut album. Full of Egyptian mysticism, Kyle and Chris created an album of unseen proportions. Amazing stuff!

4. Grifter - 'The Return of The Bearded Brethren
- The second album can usually be a tricky thing but not so for Grifter. Instead they've gone from strength to strength with this one. And this is how I want my heavy rock!

6. Human Services - 'Animal Fires'
- Just as their self-titled debut did, 'Animal Fires' grabbed me by the balls immediately. One of the most original and great outfits out there at the moment.

7. Ocean Chief - 'Universums Härd'
- Ocean Chief's new offering saw a slight change. Not only did the line-up expand again, they also changed the pace of the music. Shorter and somewhat faster songs although they have retained their sound. Great as ever!

8. Child - 'Child'
- A brand new acquaintance to me, this Australian trio's take on power blues focusing on the real sleazy parts of life, is bar to none. Trippy, jammy and full of groove in all it's despair.

9. Lord - 'Alive In Golgotha'
- This EP saw Lord go through a lot of problems to put it mildly but they came out stronger than ever. The four tracks on offer are brutal and face melting displaying how to channel frustrating situations into amazing music.

10. Dandy Brown - 'Damned To The Heels Of Success'
- The founder of Hermano and renowned producer Dandy Brown is back with a solo offering and holy hell, it's good! Had I received this copy earlier it might have landed further up on my list. However, within very little time his fusion of Chris Goss/Masters Of Reality meets a plugged-in Neil Young tripping out in the Californina desert, has had a huge impact on me. Great, great stuff.

Unknown said…
More accurately, Blood Becomes FIRE! I don't think they've released it as a freebie yet!
December 24, 2014 at 7:02 AM