Wizard Rifle – Here In The Deadlights 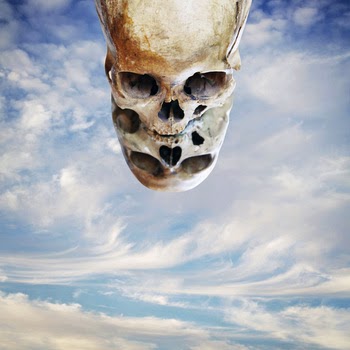 Wizard Rifle have one of the best band names I've ever heard.  People ask what's in a name?  Well, when you have a name like this, it draws some attention your way.  Maybe some folks give you a listen just to hear what a band named Wizard Rifle sound like.  Then, when they hear the music, they're in.  Give them a listen and you will be hooked.

The album starts off with “Crystal Witch”.  There's a bit of atmospherics to get things going, then a tribal rhythm materializes, and when the incantatory vocals start, you find yourself caught in the spell of this song.  Not sure if it was just the way it worked out, or if that's the way they planned it given that “witch” is in the song title.  It's a great opening track and gets things started in the right way.

The first track leads right into the second, “Buzzsaw Babes”.  This one and the third track, “Paul The Sky Tyrant”, are examples of this band just letting it rip.  There is great interplay in both of these songs between the various instruments and the vocals.  These guys are heavy in the sense of a band like Mastodon.  They are not really playing any crushing death metal, or thrash, or doom, but this isn't anything soft and gentle either.  Both of these tracks hit you right between the eyes.

All of this leads into “Psychodynamo”, which for me is the centerpiece of this release.  The tempo slows a little compared to the previous 3 tracks.  The heaviness drops out for a bit, and you can really hear all of the things that this band is capable of.  There is an undulating riff that moves in and out of this track, it circles back on itself, but it never quite does what you think it's going to do, always zigs when you think it should zag.  And then the song builds and gets really heavy and the last few minutes just crush.  It's psychedelic, its got some great stoner-ish riffs, its got just a little bit of everything.  And it's a great song.

The album wraps up with “Beastwhores”, which starts out sounding like it might be a jazzy little number.  But then it steps up and hits you hard and reminds you that Wizard Rifle do pretty much what they want to do.  They also do it very well.  If you are looking for a little change of pace in your metal, or just heavy music if you want to think of it that way, this is an excellent example of a band doing their own thing and not being so wrapped up in it that they lose the listener.  Well worth the listen.  These guys are out on tour right now so catch them if you get the opportunity.